The so-called Franciscan Family (650,000 members) today celebrates its founder Francis of Assisi on October 4th. In Ethiopia, the order of the Capuchins is comparatively strong with more than one hundred brothers.

For years, PBF has realized projects that are the responsibility of this community. At the nationwide organized “donkey project” for example, various Capuchins at the base have rendered outstanding services. For example, PBF had a direct link to the donkey recipients, especially women and children, and thus gained a good overview of the sustainability of this project. 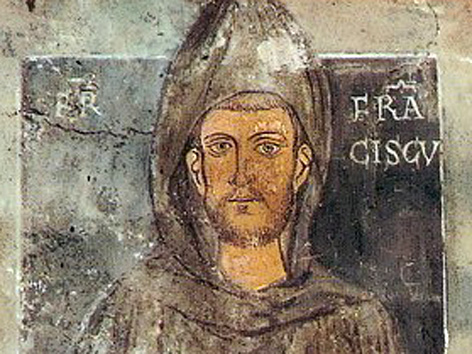 Another reason to remember Francis on this day is the school opened in Durame a year ago
https://bachmann-foundation.org/2018/01/28/januar-2018-aethiopien-durame-schule-abune-francis/
which bears the name of today’s Pope. Last September, the school increased by another school year and thus made possible the desired extension.

Our “begging” foundation is very close to the “mendicant order” (capuchin) with regard to the target groups. Franz is revered as the patron saint of the poor and the blind, the lame, the prisoner, the social worker and castaways. He also serves as a mediator between different religions. In 1980 he was declared patron of environmental protection and ecology.

Our project in Addis Ababa for the leprosy sufferers is directly reminiscent of the life story of this saint from the 12th / 13th century:  His radical turn of life was the encounter with the lepers. Like every city, Assisi banishes the untouchables extra muros, where they vegetate in so-called leprosoria. This is very similar in Addis Ababa today. Francis is dedicated to these wretches and their care. His life theme was the unconditional following of Christ. Poor he wanted to make it the poor Christ. He wanted to evoke the liberating message of the love of God not only among humans, but also in animals, plants and all of nature.
Pace e Bene