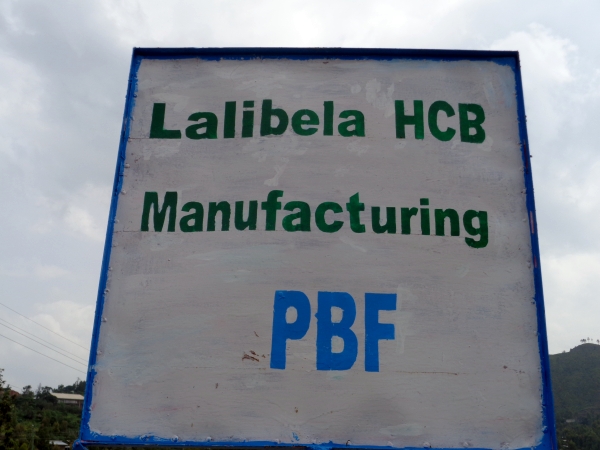 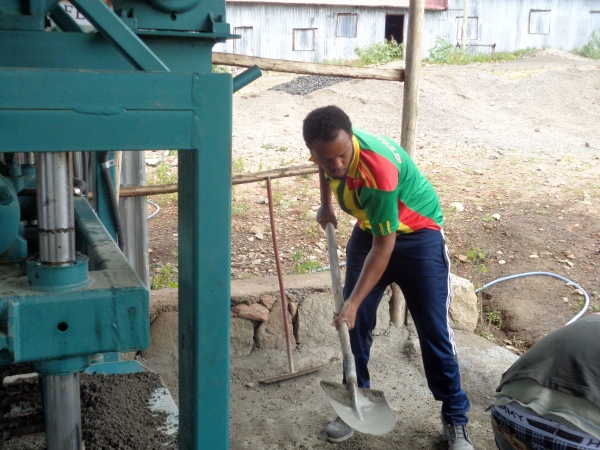 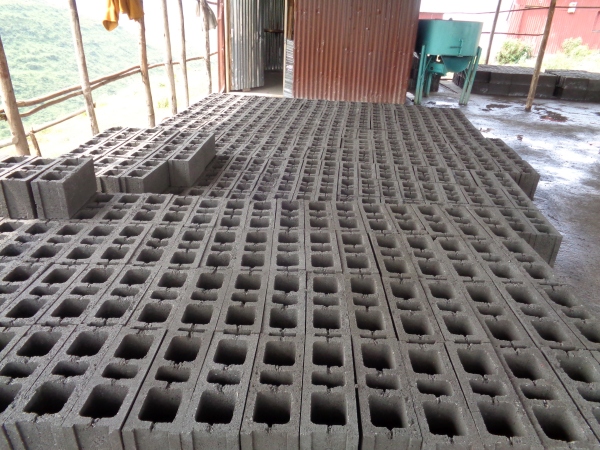 Reasons of implementing:
To address problems of housing by building low cost houses for the very poor portion of the community as there are still many who sleeps on the streets.

To help some of the people (who are able to construct a big building) not to waste too much money to bring blocks from bigger cities.

To create awareness among the people not to cut trees to build houses and to show that it is possible to build environmental friendly houses with blocks.

To create job opportunities for the youth in producing and distributing the blocks.

Beneficiaries:
There are a group of 6 youth who are in charge of producing the blocks and selling to potential customers with cheaper prices.

There are 20 youth in two groups who are participating in supplying the raw materials for the production team,

The very poor and homeless portion of the community is benefited to get the low cost houses freely from the PBF,

The other potential customers are also lucky to buy blocks with cheaper prices than bringing from other towns.

Life background of direct beneficiaries:
The blocks production team members are young and energetic people who were leading their life in very desperate situation. Most of them are Technique school graduates of construction, but had been jobless for years. And some of them have lost either their mother or father in different reasons and responsible for the rest of their family.

And the raw materials (mainly sand) suppliers are from rural area nearby Lalibela where it is easy to collect sand. Those people are also from very poor portion of the rural community who know nothing other than farming. Those people never gone to school in their life and farming were the only means of their living.

Expected outcomes of this project:
It will greatly solve the problems of housing for the homeless portion of the community as the PBF will offer them low cost houses by the blocks. (The PBF will get the blocks freely from the production team only providing raw materials for this specific purpose)

The direct beneficiaries of the project (the production team and the raw material suppliers) will greatly change their life in selling their blocks to other outside customers as this is going to be the only project of its kind in town.

The other potential investors who are able to build hotels or other constructions will have the chance to get blocks with cheaper prices.

The environment will be highly protected from deforestation as the people begin to build their house with blocks other than woods from the forest.

To construct a simple shade where the machine will be operated safely and to stock the freshly produced blocks for a week: 75,000ETB (3,473USD)

Lifespan of the project:
It is believed that the current production team has to change their life to a considerably “medium income enterprise” with in the first five years. So they will be again replaced with another fresh and jobless youth of the community. So the project is supposed to continue its sustainability in this kind of circle. No doubt that the project will definitely last many years in changing many lives in round.