The execution of the project has been unexpectedly delayed due to several reasons. Especially because the pipes arrived too late from Adis Ababa. Namely only then, when the farmers had their hands full because of the rainy season and therefore could not be hired as a worker.

The work is now completed and will be handed over to the public with a special ceremony, with the participation of local authorities. 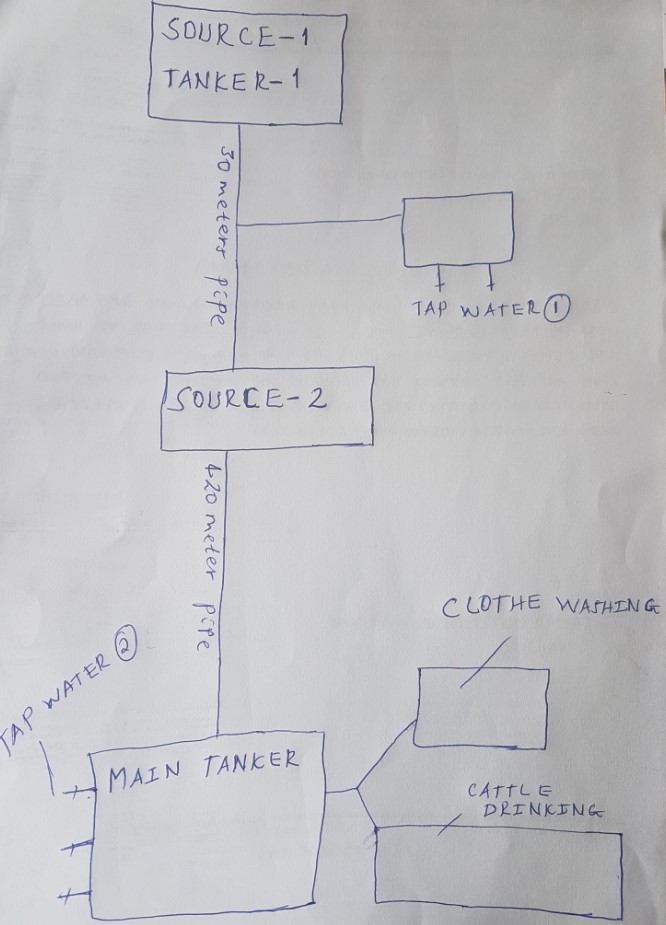 The big source (Source 1) is the main supplier of the water. Here we have taken the water and built a small reservoir. A second source (Source 2) we have developed in the middle of the river. This source also provides good quality water. The sources feed over 80m of pipes a large reservoir (main tanker) near the school. 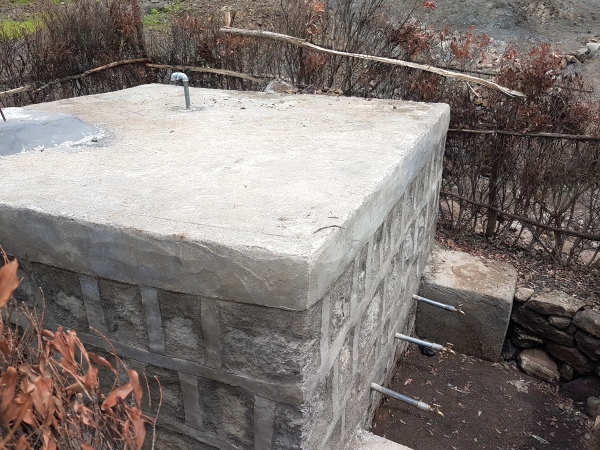 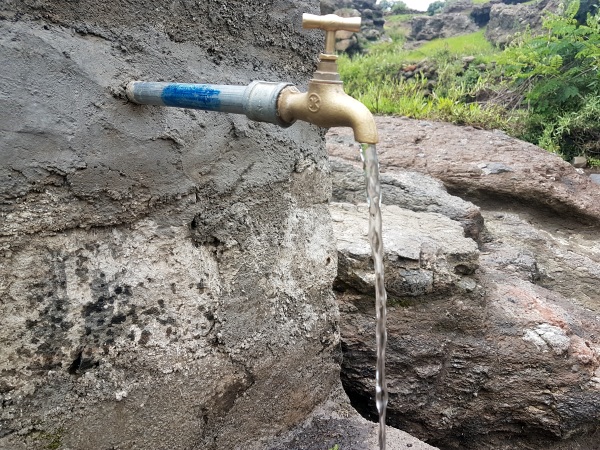 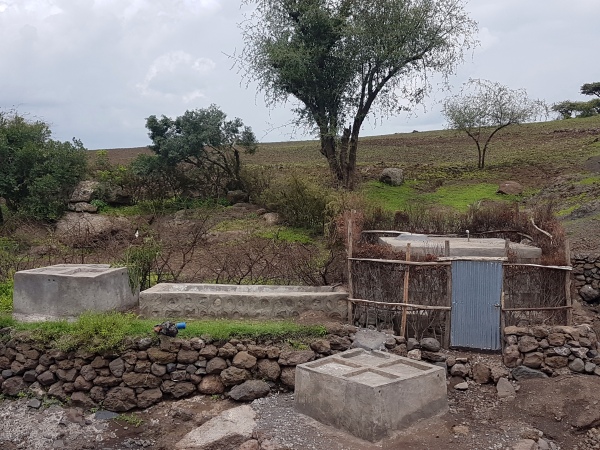 Water supply by the population:
Both the small reservoir and, above all, the large tank have water taps where the inhabitants can fetch water.

Washing place for clothes:
We’ve set up a special washing section for clothes so that people do not have to continue washing their clothes in the dirty river. This is simple but practical and offers enough space.

Livestock watering:
The livestock has a separate drinking trough installed so that no more people and livestock drink in the same place. This has been a major hygienic problem and cause of health problems.

Conclusion / problems:
As mentioned, the late delivery of the water pipes was the main reason for the delay and the overshooting of the project budget: Instead of the cheap local workers (farmers) 12 workers from Lalibela had to be hired and daily by taxi (Bajai) transported to the construction site.