Rising number of internally displaced persons: We are adapting our approach

Over the past few weeks, we at PBF have been providing basic emergency assistance to IDPs in Bahir Dar. The operation has gone well so far and has undoubtedly brought great relief to the people who desperately needed help.

The number of IDPs in Bahir Dar is rapidly increasing as more towns such as Dessie and Kombolcha are on the verge of being captured by TPLF rebels. This is an immediate threat to our work, and we can only pray that it will end soon.

Therefore, it is apparent that we need to adjust our approach to the solution, due to our limited capacity and – most importantly – the increasing number of new arrivals.

Sanitary material
Our accumulated supplies will last for a few more weeks, so we are not buying any more.

Rations
We are feeding a total of 480 people (360 male and 120 female) and have decided to limit the number of people we have been able to include in our feeding program so far. We want to limit ourselves to the number and only re-admit seriously hungry and malnourished women and children if we really have to.

Logistics and allowances for volunteers
We have included in our budget a daily allowance for our three volunteers coordinating this effort of 350 ETB (6.90 Fr.) each.

Ephrem flees from Lalibela
Ephrem is a talented mechanic who has been one of the first members of PBF’s work in Lalibela for 16 years. Although he lives with a severe speech impediment, he runs a very successful garage. He stayed there after the city was occupied by rebels. The rebels took over his garage and forced him to maintain their vehicles without pay. He managed to escape by walking to Debretabor, which is about 100 km from Lalibela. There he found shelter with friends. 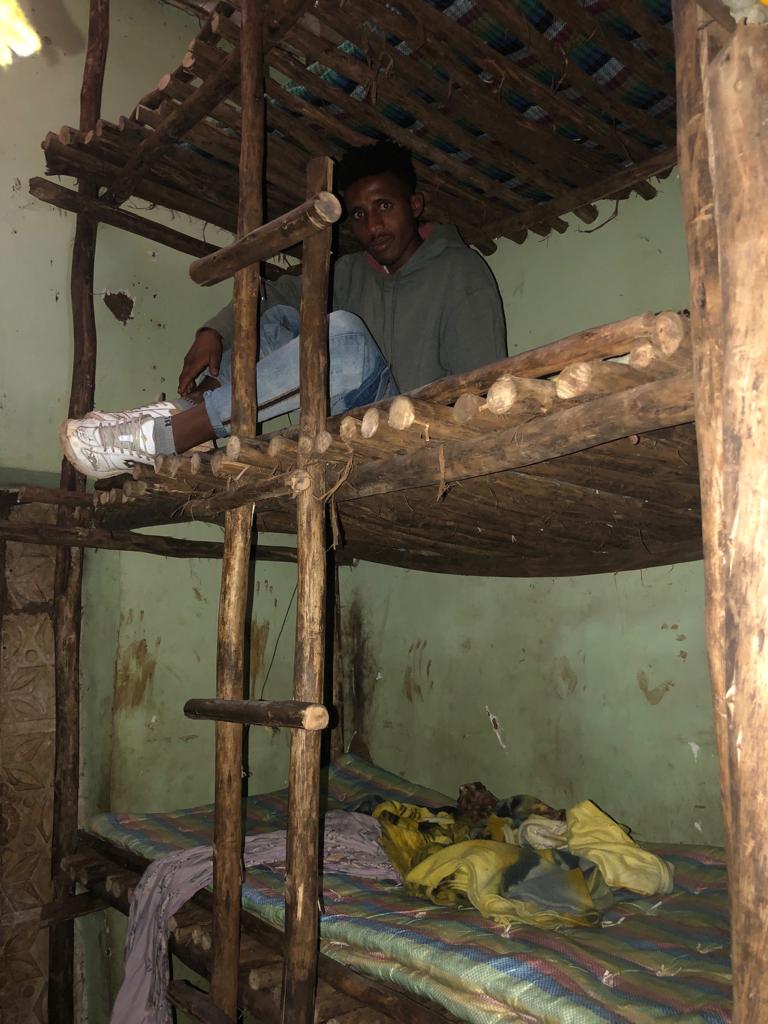