An annual solar eclipse happened in Lalibela on June 21, 2020 moon covered the sun’s center and leaving the sun’s visible outer edges to annulus around the moon. 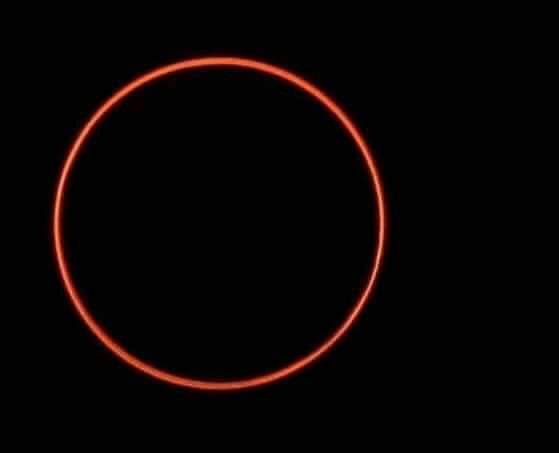 Many people were out early morning to watch annular solar eclipse in Lalibela. It is a special day for the people of Lalibela. Many people have attended the annular solar eclipse from Mekalt. Mekalt is the historical mountain west out of Lalibela town. St. Lalibela was been slept here for 23 years in a tent in this mountain when he has been built the 11 super rock-hewn churches. The federal government officials, scientists, pilgrims and other local people were at Mekalt to attend the eclipse and of courses scientists were spent overnight there in their tent. The annular solar eclipse was transmitted through national televisions from Mountain Mekalt. Millions of Ethiopian follows the live record from televisions. 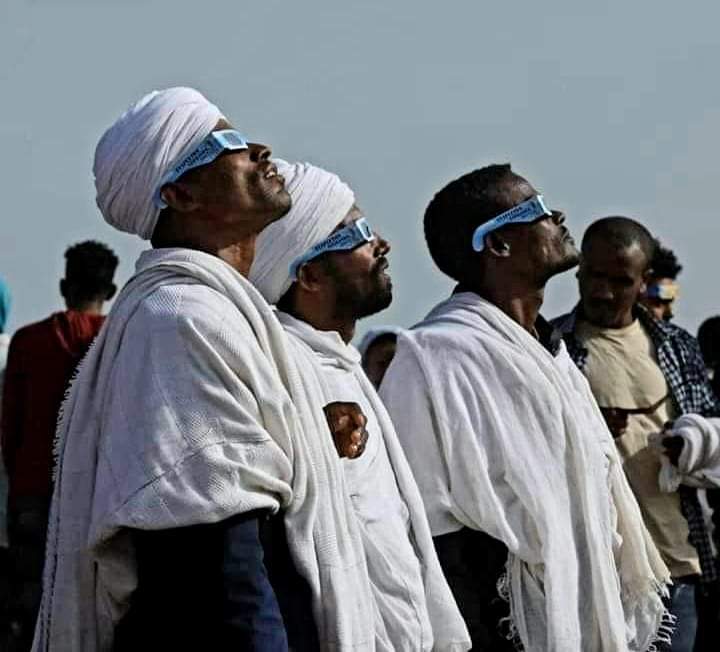 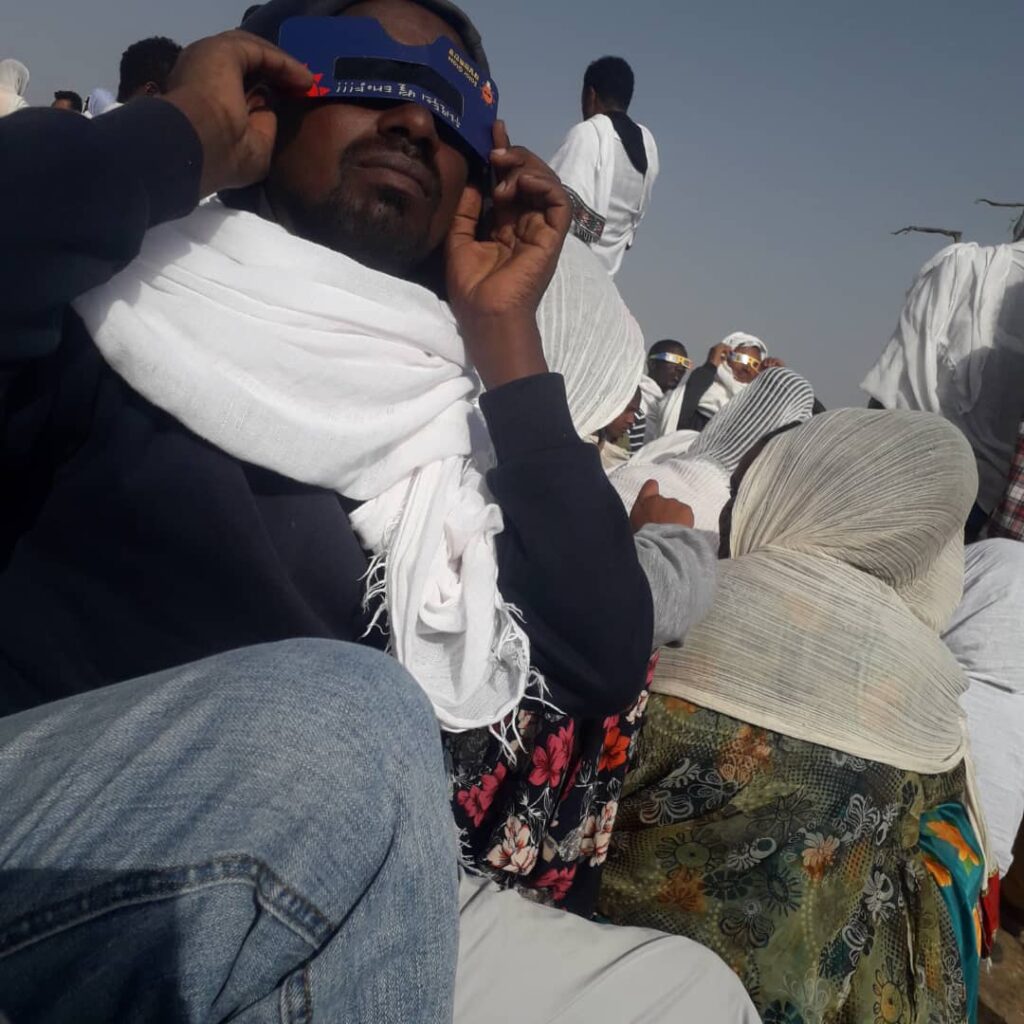 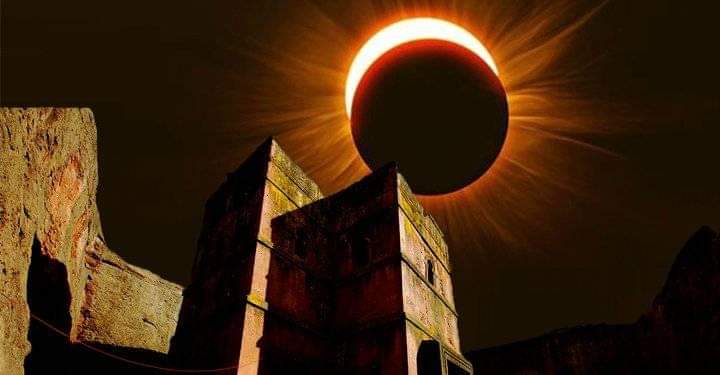 I and other many people went to Debre Tabor Mountain (the mountain closed to St. Gebrael rock-hewn of Lalibela) many people was attended there. It was very incredible occasion in the history. I have taken many pictures and a couple of videos.

On the first incident, the moon’s silhouette begins becoming visible in front of the sun disk in a little bit. The sun looks as if a bite has been taken from it. The ray was very strong. Then ring of the fire appears on around sun and it really looked burn. For a few minutes just as the annularity begins, bialy’s beads, which look like beads of light, can sometimes be seen at the edge of the moon’s silhouette. The moon covers the center of the sun’s disk. People were shocked and attending seriously with fear! Lalibela town and around become dark. Then the moon starts again moving away from the disk of the sun. Once again, Bialy’s were beads visible along the moon’s leading edge. Slowly … slowly… the moon stops overlapping the sun’s disk. This nature was so fabulous. By my time attendance, from starting to maximum eclipse takes about 2 hours and 45 minutes. And from annularity ends to partial eclipse ends it takes about 3 hours. This duration of time was really scary and horrible for observers because no one knows what is going to happening within that time.

Maximum eclipse moon is closed to the center of the sun. Full eclipse ends the annular phase ends. The annular solar eclipse was fully visible in Lalibela. Observers were experience the ring of fire that is characteristic of this kind of solar eclipse.  The solar eclipse come out from Asheten and goes to river Jordan and surrounding St. George rock-hewn church!

This was a rare and spectacular event that could only be experienced along a relatively narrow strip on the earth’s surface which is very special in my life. The eclipse was also visible in other areas in Ethiopia, but the moon did move centrally in front of the sun were only in Lalibela and the ring of fire was marvelously visible.  It was an amazing and unbelievable event from nature.

The solar eclipses have caused fear and inspired curiosity, and have been associated with many myths. Many people expected the eclipse as evil an omen that brings destruction, disasters, and the end of the world. And other people were hypothetic their own thoughts that this solar eclipse will carry something special for this planet. Many people were at home until the afternoon in Lalibela. Because people were irritated the sun rays effect.  And many people were in the churches to pray for the occasion being blessed and heal.

There were many hypotheses by the people of Lalibela, among these

But things has end with a special natural process! Thanks to God!

The annular eclipse occurrence has been written by ancient Ethiopian parchment documents. For this year, the ancient eclipse was led by researchers of the Ethiopian Orthodox Church officials, as the ancient Ethiopians penned this historical event. This event is recorded in the ancients’ writings of the church and is associated with its belief that it was performed by the believer.  People of Lalibela have felt better after the event and are praising the God! Orthodox Church scientists were calling the world to visit Lalibela and around to find out many hidden spectacular miracles!