This is one of the categories of “Regular monthly support” from PBF in Lalibela. PBF has been and still supporting destitute in Lalibela since more than ten years. 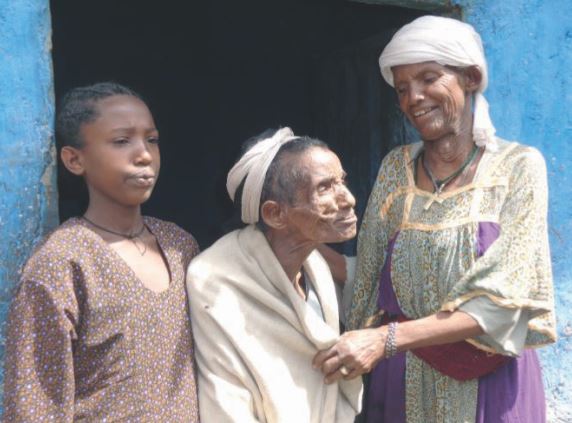 Those people are really the most vulnerable portion of our beneficiaries. Most of them are sleeping the whole day at their bed because they are in able to move themselves. They don’t have children to look after them (they may have husband, sister or brother who are also the same age). This is what makes them very weak to live.

Most of them are living in a very slum area where they can’t get access for clean water. And the worst part is, apart from their disability, sickness and age, they suffer from hunger. These are the people who can’t feed twice a day.

So, for this people, PBF is the only source of income and offering them some hope to continue life. Through PBF, they are able to see tomorrow.

PBF has a total of 177 destitute who are getting from 350 birr to 500birr per a month. Of course, this amount is not enough to cover all their needs for the month. But this is better than nothing and they can at least continue their life. And as PBF is the only little humanitarian organization in Lalibela and as it carries out other community help projects, it is really hard even to give this upkeep on time.

In spite of its serious financial crisis, PBF is still trying its best to continue helping these people; only the upkeep is sometimes late to come. The people are supposed to be supported every month with the fixed amount I mentioned above. But whenever the upkeep is late from PBF, these people suffers more and more. They start to come to my office every day early in the morning to nag me. I sometimes prefer not to be in the office when a lot of people are here. I know that might be a rude behavior but I can’t resist the feeling to see them waiting for the money every morning.

Apart from the monthly upkeep, we also tried to solve their electricity problem by distributing some solar lamps (LUCY). They have also a serious housing problem where most of them are living in old “kebele” houses with no good roofs and walls. We also sometimes buy them mattresses and blankets.