The foundation wants to express its solidarity with the people of Bangladesh. A recent hurricane leaves the extremely poor South Asian country in desolation. With India and Sri Lanka, it is one of the three countries in Asia where PBF has worked with particularly marginalized people. So also in Bangladesh with Dr. Manzur Iqbal, who had friendly contacts with Peter Bachmann about his Islamic faith. He was a young doctor who lived in the Feni district of Bangladesh, about 160 km from Dhaka.
With the support of PBF, Dr. Manzur build health centers, small clinics in his Feni district. In 2005, PBF enabled several medical camps to treat hundreds of patients for free, people who would otherwise have had no access to medical care. Dr. Manzour saw how public hospitals were completely overwhelmed with their services. He also set up four kindergartens in the villages of Feni District and was supported by PBF. 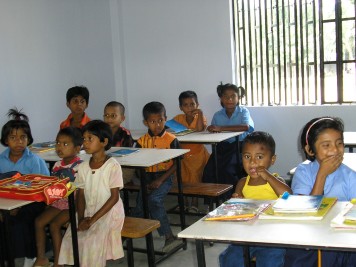 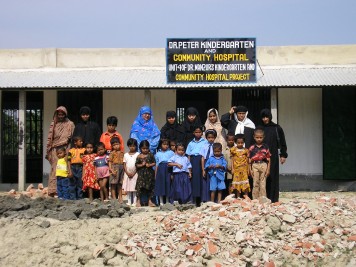 In this densely populated country, there is a lack of childcare and health care, especially in rural areas, in the villages. The prerequisites for regular school attendance were also missing. Here Dr. Manzour, through personal initiative, expertise and personal responsibility, brought about concrete changes and thus contributed to more human dignity where he and his family lived. His work in the field of health, social work and education arose from his personal sense of responsibility as a doctor who wants to make his contribution to society. This initiative by an individual impressed Peter Bachmann. He even wanted to personally attend the opening of the four new health centers, which are small hospitals, and planned a trip to Bangladesh in 2007. Peter fell seriously ill on the trip and returned from Thailand with a thrombosis. Dr. Manzour continued his beneficial work with the help of PBF. Above all, he promoted the social situation of women in various ways with the establishment of new educational institutions.

And today? His country is still very vulnerable to natural disasters such as hurricanes, floods, storm surges, earthquakes, droughts. The list could be extended for a long time. The recent cyclone called Amphan reminds PBF of the connection in the early years of this century. 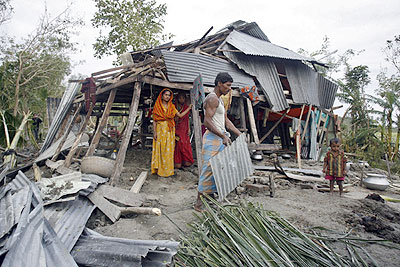 In this extremely poor country people today are not only fighting against Covid-19, especially in the Rohingya refugee camp, the cyclone in which half a million families have lost their homes in the past few days … among them is Dr. Manzour in the Feni district, committed, combative and selfless as ever.