Asefa Addisu (now 29) was born in a small village called Telfetit about 40 km south of Lalibela. From an early age, he has the vision of changing his life. 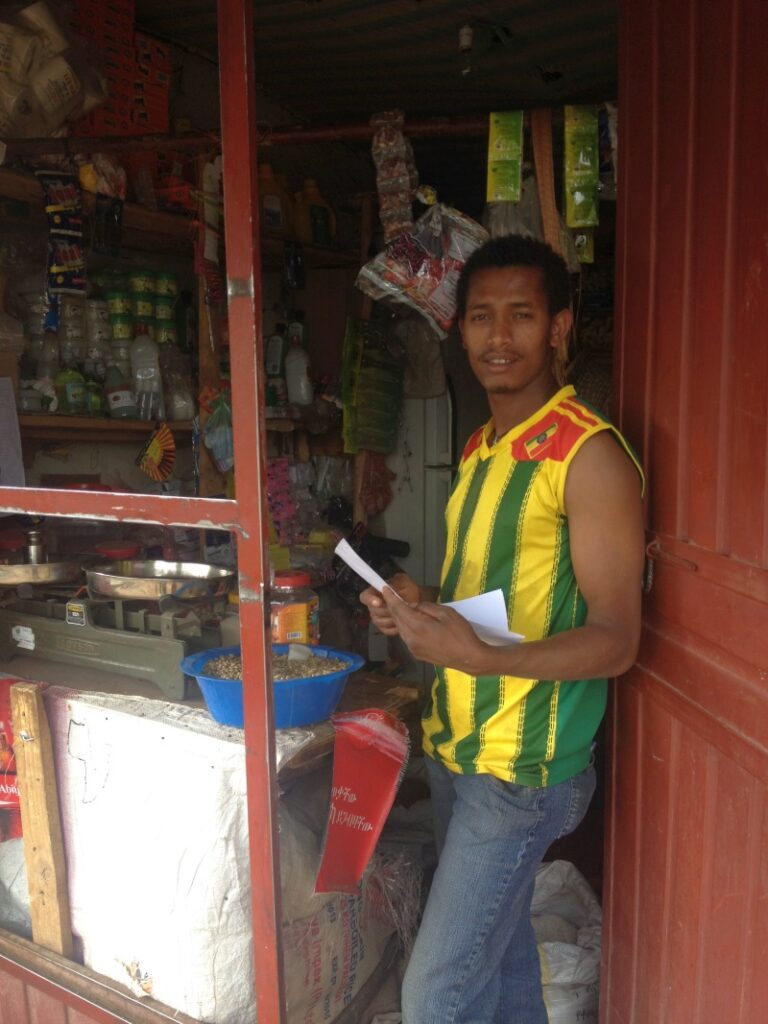 He first graduated from elementary school in his village and like most children from the rural area, he had to leave home and came to Lalibela for further schooling. As with most, this is associated with unexpected conflicts. The parents visited him every two weeks. He earns his living by collecting firewood, preparing Injeera and cooking for himself. Assefa wanted to give up, especially to drop out of school. He did that too. Now he finds a small job as a watcher in a newly built accommodation. The stingy, miserly owner paid him a few Birr a month, and Assefa got some leftovers from the nearby restaurant. His bed was a tiny, narrow tin cage that was offered to him by the owner. During the day he helped out in the restaurant and at night he guarded the guest house. It was a tough job for the bright boy. 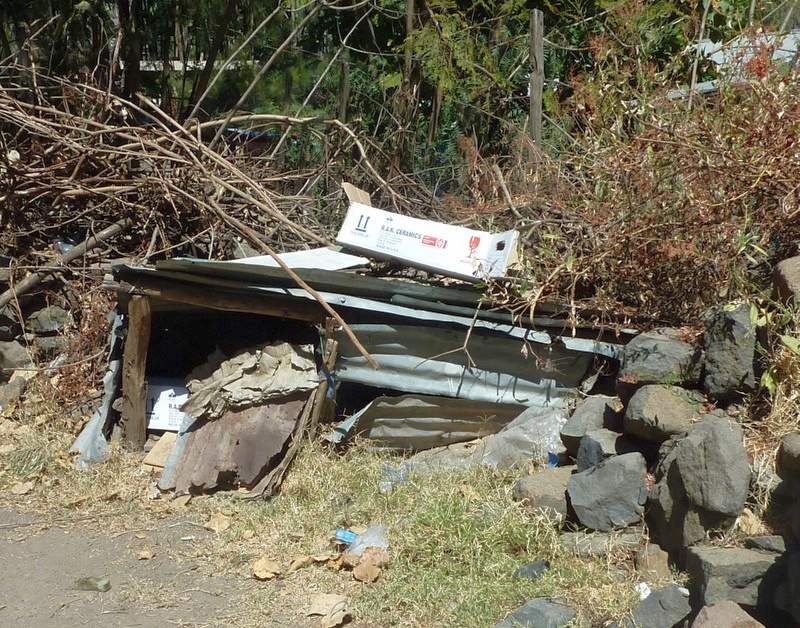 In this situation, he met Beatrice Gill, who found accommodation there. As is known, Beatrice, a nurse from the Hospital in Bern, worked together with the then responsible and initiator of PBF in Lalibela, Getachew. How lucky for Assefa: the encounter with Beatrice. Assefa’s life changes suddenly.

Shocked to see Assefa in this cage, we started to get interested in Assefa’s life. We learned about the experiences, the unjust and unworthy behavior of the owner, an uncle of Getachew. We heard about Assefa’s motivation to continue school. Getachew took up Assefa’s concerns, provided simple accommodation, maintenance and training. At Technical and Vocational College, Assefa spent four years getting the tools to work as a car mechanic or work in a hotel. But the job offers were and still are very rare today. So Assefa was without employment for six months. PBF enabled him to open a small shop in a central location.

A small income enabled him to make a living. There was enough for the family that had grown up with two children. Savings from the small shop were enough to build a “roof over your head”, even to support parents in the country far away. The costs increased, the competition forced Assefa to sell his shop because he could no longer raise the rent for the container. Especially in a central location, Lalibela has changed a lot, taxes have increased. Assefa faced new difficulties. Now he wants to consider a new business idea.

Lalibela has changed, enlarged. Transportation options within the city have opened up numerous perspectives. The Tuk-Tuk (Bajaj) has emerged and is very popular and in demand. Assefa also sees this as a profitable opportunity. The sale of his shop leaves him some capital, the rest he requests as a small loan from PBF.

Assefa knows from the experience of other Bajaj owners that he can achieve a net profit of 1750 Birr per week. That is enough for the young family, his wife, the two children, the parents and the two younger brothers at home in the countryside.

After buying the small vehicle, Assefa uses all of its power, as usual, to take responsibility for his own life, but also that of others. But now the pandemic Corona is coming and is also setting new limits and regulations in Lalibela. The use of Bajaj’s was banned for two weeks. The local authority finally allowed trips with a single passenger, usually three. This single passenger has to pay three times the price – as compensation! Assefa is at work from very early to late in the evening. His earnings are over 7000 Birr (CHF 214) a month.

Assefa is now very happy and lives with a new hope. He didn’t forget his miserable past life when he had to sleep like a dog in a cage. He is deeply grateful to all of us, Beatrice and Getachew, for the fact that PBF has helped him to give his life a meaningful importance in such a radical way.