Born in Lalibela, the 26 years old boy Getasew Hailu had passed through a lot of life challenges like many other children here.

At the age of 7, his father went to be a warrior to protect his country during the Ethio-Eritrea war. So, it became the responsibility of his mother to take care of Getasew. But his mother and Getasew could stay together only for two years. His mother used to collect fire woods and sometimes sell the local drink ‘Tella’ to lead their livelihood. But as time goes, life for them gets harder and the mother went back to the countryside (where she is from) leaving him with his grandmother at the age of 11.

Getasew continued his studies living with his grandmother. He used to help her by collecting firewoods and other household works. And as he grows up, he realized his grandmother needs more help and he started to do shoe shine in his spare time. His mother comes to see him so often.

Unfortunately, his grandmother gets sick and died when he was 18. Then life for Getasew seems darker again. He doesn’t want to go to his mother because he had to finish his education in Lalibela and he wanted to achieve his vision. He continued his shoeshine and was able to finish his class for that year. But later, he realized he couldn’t continue his education only doing a shoeshine and decided to drop out of school looking for another daily work at least for a living.

He was employed as a waiter in a Grocery getting 300birr per month. Even if he doesn’t like the job, life for him was relatively good. Life became again terrible for him when that Grocery got closed. So it seemed there was no option for Getasew either to continue his education or at least to get income for a living.

He went to the street and started living there with other boys like him. He started to lead his life with the leftover foods from restaurants around. This is where his connection with PBF begun.

PBF organized six street boys and opened for them a car wash in 2015. So Getasew was one of them. The windows of hope got opened for Getasew and he gains back the strength and the vision he had to continue his education. He used to work a half a day and he studies the other half. Life became easier for him. In this way, he could score high and able to join a university last year.

Getasew says “this is was the moment he wished to see in his life which sometimes during his journey seemed impossible”. He is now placed at Wolayta University at the Department of Social Sciences. Getasew is no more in the car wash but he could show his other fellow colleagues the impossible is possible. 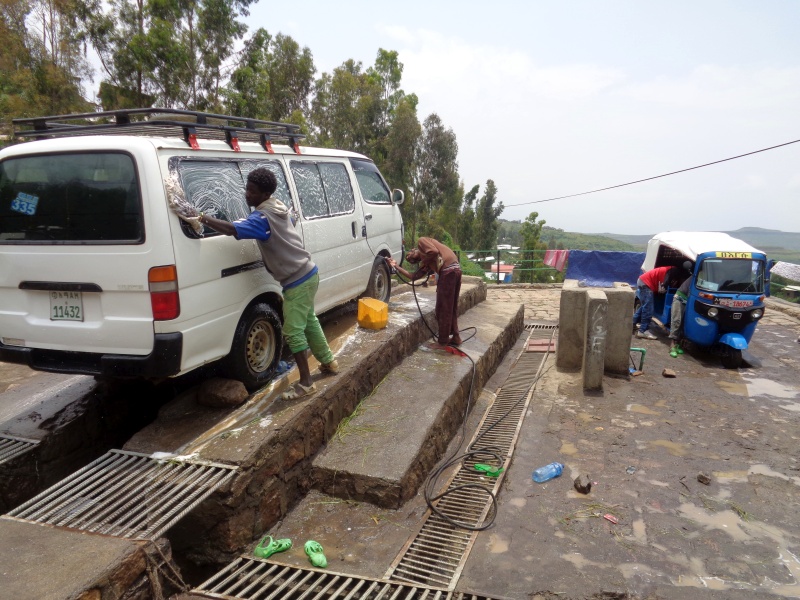 Looking at his life commitment and the passion he has for education, PBF decided to help him cover his expenses during his studies in the university up to graduation. It is not so easy to wash cars, save money, and attend school up to joining a university. Only very few people could do that. I appreciate him for that commitment and motivation.

He is now very thankful for the chance he got from PBF, picked him up from the streets, and let him opened the doors to his success. And he appreciates the very righteous and honorable sponsors who lets PBF change the lives of people like me from zero to hero.