Mike, a member of the national team, plays Kabbadi in Taiwan 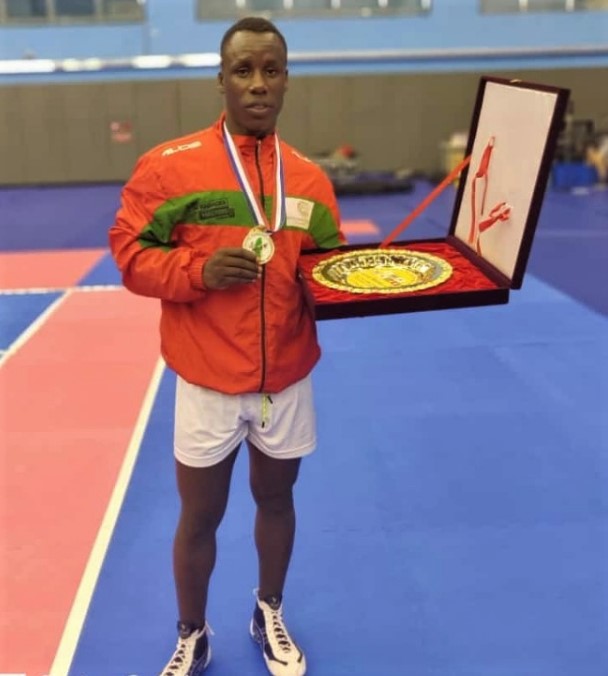 Mike Otieno is a weighty and dedicated member of PBF in Kenya. He comes from the village Mbuye. There he was born as a second youngster in a family of five siblings. One World Network, a branch of PBF led by George Orimba, is known to support many young students by paying their school fees. For the past 12 years, Mike Otieno has benefited from this help.

Now Mike Otieno has completed high school and focused on his talent in sports. He plays Kabbadi, an originally Indian sport closely related to rugby. Special features are that no game device is needed and that the players have to hold their breath during certain game phases. This game can be traced very far back, his name is from Sanskrit. It is mentioned, for example, in the Mahabharata epic (400 before to 400 AD) The origins of this game are already suspected in prehistoric times … Whether even Lucy, the preemie from Afar, has played in an African national team, Kabbadi, is so far not established!!

So much is certain: Mike, only 21 years old, was selected to play in the Kenyan national team. Now in May, he is at a tournament in Taiwan (Taipei). Even after his return PBF wants to continue to support him.