MAN’S INHUMANITY TOWARDS MAN THAT SHOOK THE WORLD ON EASTER SUNDAY.

Easter Sunday is the feast of the Christians of the whole world. It is a celebration of life. People of all walks of life, flock together to churches to commemorate the resurrection of Jesus with joy, peace, and love on this day. On such a feast of life, harming or killing of a fellow human being is incredible, unthinkable and unacceptable. But such an inhuman crime took place in Srilanka on the feast of the feasts. Three churches and three hotels were attacked by suicide bombers of Muslim origin, leaving about three hundred people killed and about five hundred people critically injured. Majority of the people who were killed were Christians who were participating in the Easter services in the churches. The churches were: St. Anthony’s church Colombo Kochchikade, St. Sebastian church Katuwapitiya Negombo and Sion church in Batticaloa. Catholics of Srilanka showed to the whole world that they are truly resurrected followers of Jesus, by not having recourse to retaliation. In this regard Rt. Rev. Malcolm Ranjit, the Cardinal of Srilanka played a very active role, keeping the people sober and calm.

This is a man created human disaster. Why do I say so? Firstly, having known by the leaders who are governing the country prior to this human killing, they turned a blind eye to the same. As these political animals were more interested in their future political career, for them politics is their first priority for their own selfish aggrandizement than the human beings whom they are supposed to serve. However, the worst has happened. Such cannot be compensated by money or buildings. As the people who killed these innocent people in the churches and hotels are responsible for this dastardly act, the people who knew it and kept silence are doubly responsible for the same. People of the country are deeply wounded by such cowardly act and those wounds will not be healed so easily and so soon. It is sad to see the Christian churches conducting Sunday services with the security of armed forces and police. So many other factors have contributed to this despicable act for people to be divided, which a right-thinking man cannot approve.

As a concluding note, I would like to invite people to think, besides all what the media and politicians to the past killing culture of Srilanka.

During my lifetime I have seen and experienced three such inhuman killings. First JVP insurrection. Second LTTE war, third the Easter Sunday carnage. Though the English saying aptly says “precaution is better than cure “, the leadership of the country insensitively had been blind to PRECAUTION, rather they have been doing patchwork to deviate the attention of the people and cover up things and have access to short-lived CURES. Srilanka being such a beautiful country of peaceful and hospitable people who always desire to live peacefully, cooperatively, friendly and religiously are made to suffer by its selfish, money minded, corrupt and politically insatiable leaders. It is my prayer and wishes that there would be no more repetition of past human carnage, such as in the past.

Nicholas Nanayakkara, former director and founder of PBF School for Slow-learners in Chilaw

A wonderful Pentecostal song may help us and everyone overcome this sad situation, it was created after Easter (Song on youtube,  klick here) 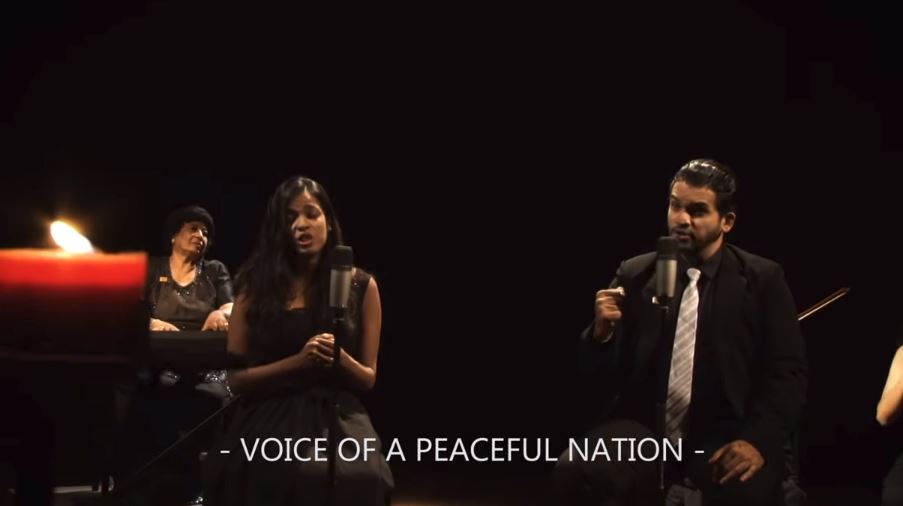