Resilience as strengthening the community through social services and sport.

Taekwando: with gold and silver they return to Lalibela

Tesfaw now trains different groups in two shifts every day. In the early shift, 40 people between the ages of 18 and 55 meet for aerobics and other gymnastic exercises.

In the afternoon, bodybuilding is the order of the day for 30 young people. The actual Taekwando training is regularly attended by 40 people aged 6 to 28 years. 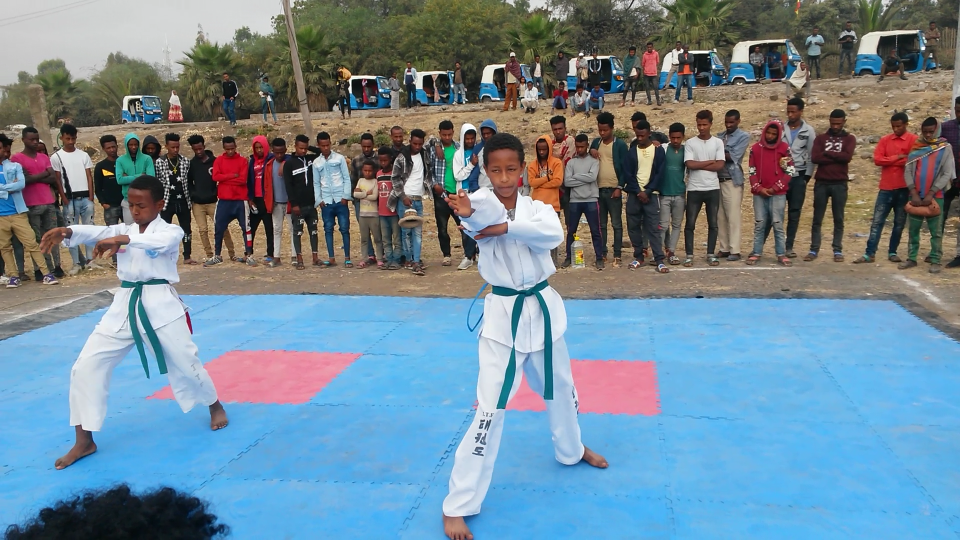 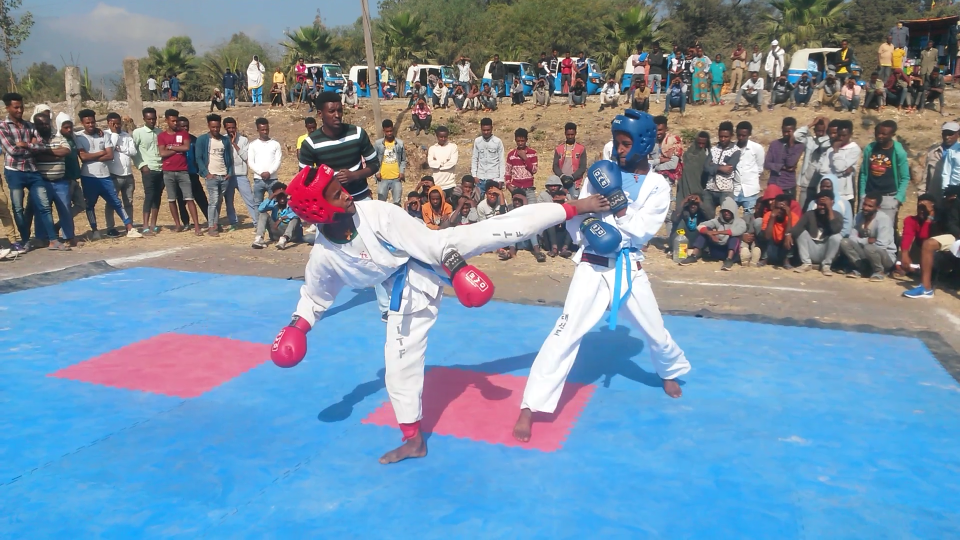 PBF financed the construction of a gym in 2016. The plan came from one of our former students, Tesfaw. At that time, he decided to stay in Lalibela after completing his university studies. Hundreds, probably thousands of other students preferred to move to larger cities to look for work. Tesfaw, on the other hand, gathered young people in Lalibela to train them in the martial art of Taekwando. His intention was and still is, of course, to counteract the boredom and hanging out of young unemployed people. This isn’t a sensational but very important initiative. It largely ensures that hundreds of young people do not switch to social ills such as drug abuse and migration to larger cities. A lack of employment and local unemployment often lead to go  abroad. PBF tries to counter this explosive danger in as many ways as possible.

After the hall was built in 2016, it is now used by various groups in the community as well as a meeting point for other organizations.

A small library
In addition to the training, Tesfaw also maintains a small library for young people. As you know, their hunger for education is enormous. There are very different books on the shelf, on the one hand fiction, further education, history. Tesfaw bought it or received it from friends as a gift.

Sustainability
Tesfaw bought a pool table that was supposed to secure a regular small income for his family. He sold the pool table again and bought exercise material from the proceeds. He is now using this for private customers who want to train in aerobics. This brings him some income, because Tesfaw offers the youngsters the Taekwando training free of charge.

Successful participation in a competition in Woldiya
Tesfaw’s team took part in a major competition in the Amhara region on February 27th. This tournament encouraged the youth beyond Lalibela to get in touch and compete with others in Taekwando. On the same day, Tesfaw announced that they had won two gold medals and four in silver. Pictures accompanied the great joy. PBF is very proud of these positive results and hopes to support Taekwando with new additional devices in the future, because the demand for healthy sports training is increasing almost daily – now probably especially after this success in Woldiya