Shelter and dignity: Building houses for the destitute continues

For almost 15 years, the PBF Foundation has been supporting destitute people in Lalibela. They are the most neglected people in society, living in deplorable conditions, most of them living on the streets begging to survive. Actually, this is the main target group of PBF in Lalibela since the beginning of our work in Ethiopia. We have built several houses in two settlements where hundreds with their families have found shelter.

The first settlement, its name is Peter Village, was built between 2004 and 2005. We opened the most recent settlement, Amanuel Village, in 2015.

Every year we receive several requests for accommodation, and are often faced with difficult decisions on who we should or should not consider! Building homes for this group of people is really very challenging for many different reasons. Aside from the actual building of houses, we have to apply to the administration for a plot of land on behalf of the applicants, or buy the land for them. A piece of land to build a simple 2 or 3 bedroom house is very expensive by local standards. It costs between 2500 and 5000 dollars. The construction of a simple house costs on average 3000 dollars, if you can count on local materials and on the voluntary efforts of neighbors or relatives .

Here are two examples that we are currently considering for housing.

Fikade is a young man living with a severe physical disability. He walks on his knees and hands.
He, his mother, and two brothers live in a tiny house that Fikade inherited from his grandmother. Because of his physical condition, he has difficulty even reaching the house. It is located on a steep slope. This situation caused him to drop out of school. He spends his time doing nothing, which seems like psychological torture to him, especially when he sees how his non-disabled peers are able to pursue their education and work. For this reason, our local team selected Fikade and recommended him for a house construction. He received a small piece of land from the local government, and now PBF is able to build the house. Fikade can also use one part of the house as a small store to improve his living conditions. 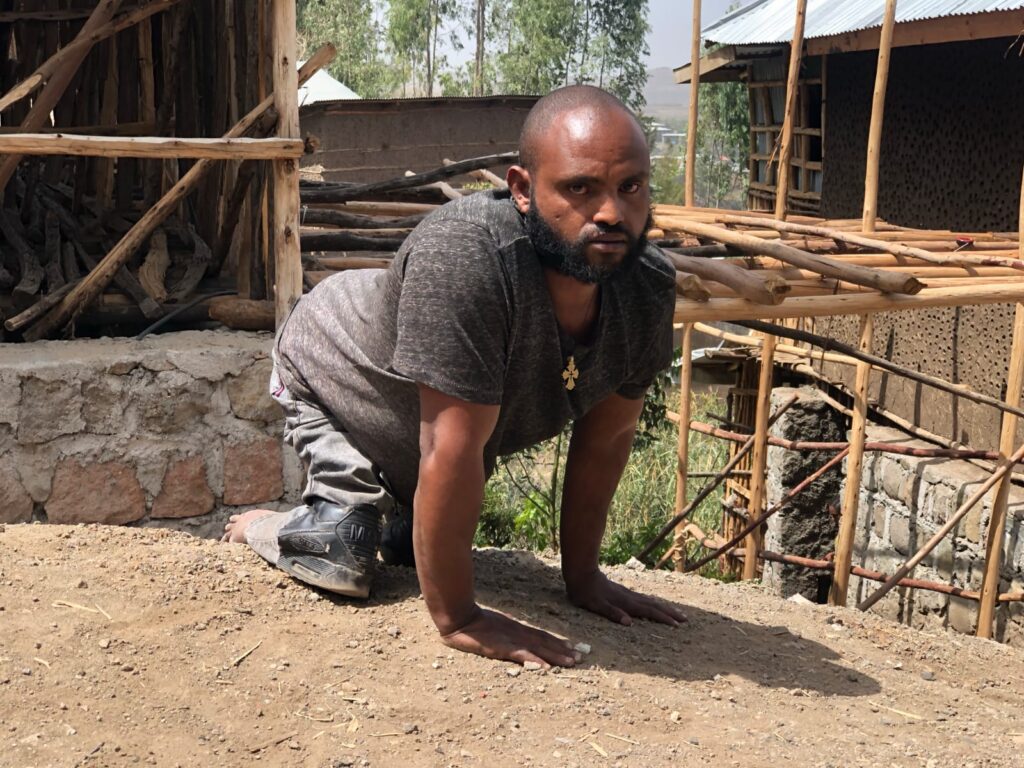 Atsede Tefera is 37 years old and comes from a very poor family. Nine years old she left Lalibela. In her search for work as a domestic servant in the hostile area of Oromia. Since Lalibela is a dry mountainous area, it happens again and again that young people emigrate to the fertile areas of Oromia. Atsede worked there and married.  But political intolerance forced her to flee back to Lalibela as a stranger. Thus she escaped a possible murder or kidnapping, but she cannot locate her family. It may be that they also moved somewhere earlier. Even though she is safe here, Atsede has no work to earn a living for herself and her children. Donations and minimal support from the community are of little help. In her distress, she sought out PBF’s office. Her situation was taken seriously. The construction of a simple shelter for her family was also made possible by the allocation of a small piece of land of 25 square meters by the local administration. 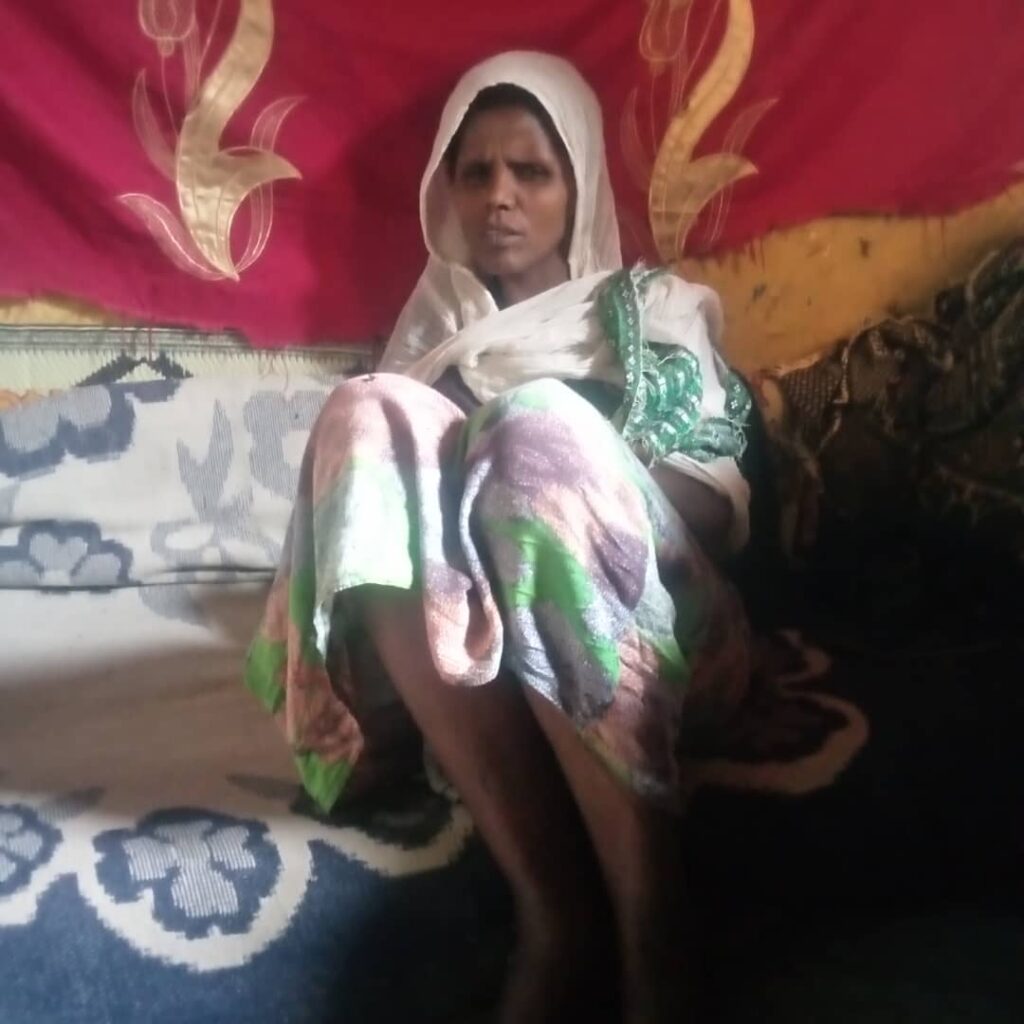