The Fuga: the socially excluded and economically disenfranchised tribe in southwestern Ethiopia

PBF has been in contact with the Fuga for several years, first through Beatrice Gill’s visit with Abba Mathewos.

Recently, 26-year-old PBF student Getachew Sale, who is pursuing a doctorate in Nutritional Sciences, became interested in the lives of the Fuga people in the Boditti region out of a humanitarian and religious interest.

After his first visit a few weeks ago, Getachew Sale prepared a description of the Fuga way of life and history (below this 1st part). He visited the Fuga again on January 1, 2022, and will post more details on the website shortly. 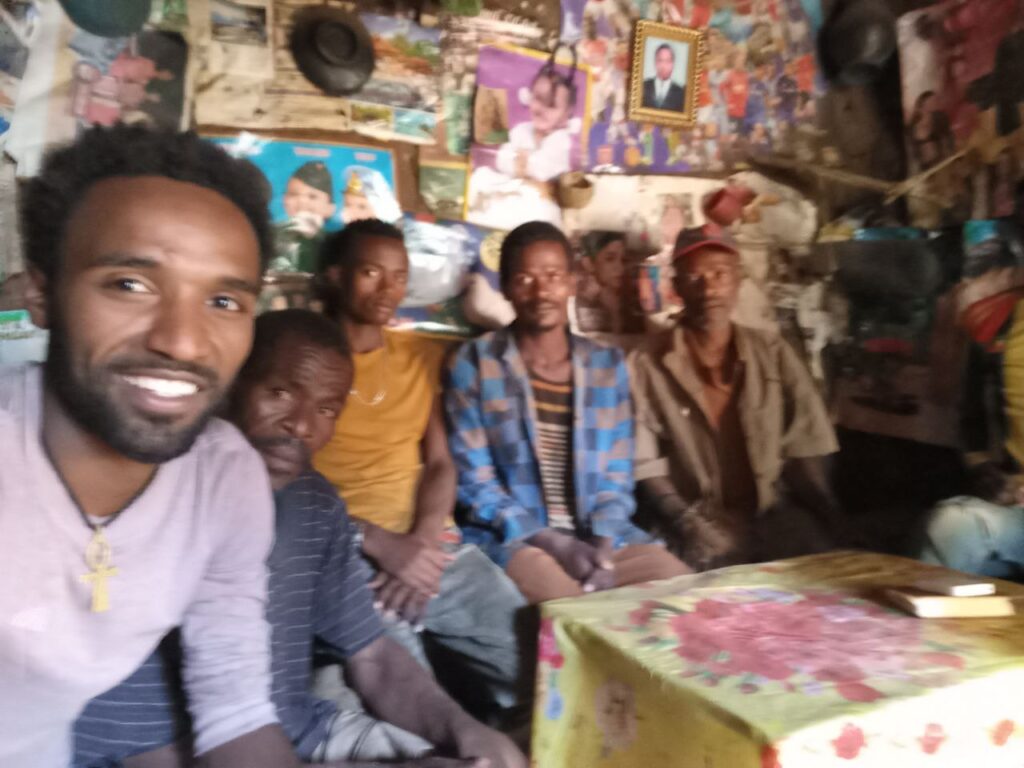 The Fuga People Background:
Many African majority populations have kept professional minority groups under their rule. Throughout Ethiopia, there are specialized traditional artisans and women who have long practiced various trades such as blacksmithing, pottery, tanning, weaving, and woodworking.

These groups include Serategna and Wayto among the Amhars, the

Waata among the Oromo, the Manjo among the Kafa, and the Fuga in Kembata and Wolayita. These low-caste occupational groups perform important tasks in the societies in which they live as an as an obligatory performance of duty. The occupational involvement of these communities, is focused on the production of things that are considered vital and indispensable services for the rest of the population.

The history of the Fuga:
The Fuga (sg, Fugicho) are the lowest stratum living from pottery in the Kembata and Wolayita zones.

They are among the most original inhabitants of the southwestern highlands area. Although they are the indigenous people, they are the most politically, culturally, economically and socially discriminated against and are subjected to a low standard of living with various dehumanizing stigmatizations, simply because of their tribal identity and way of life. Usually, they earn their daily bread mainly by making and selling pottery or are employed as day laborers by the employers with the other dominant group. They do not own land and are despised.

They offer those products that are not available elsewhere, but have an extremely low social status. They suffer as a minority from harsh treatment by the majority population. Even the government denies them any social, economic or political representation or rights.

Government and administration:During the time of Emperor Minilik II, they were recognized by the chiefs’ administration like other ethnic groups. They found support in creating self-identity and awareness on the way to becoming a self-governing community. During the time of the Italian Invasion, some educated Fuga elders became chiefs of the Fuga communities in the Gurage, Hadya, and Kambata areas. However, this positive policy was among these groups did not continue after the liberation of Ethiopia.

Current Status:
The fate of the Fuga continues to be determined by landowning families. They leave a piece of land to the Fuga for settlement.

After the Ethiopian revolution of 1974, all Fuga families were able to own land in the first place. The instruction for this was called “Land belongs to the ploughman”. After that, some – scattered – Fuga were able to establish their own villages, at least as far as housing is concerned. But until today, the social status of the families is described as inferior, and discriminated.

The families live necessarily separated from the peasant population. The latter denies the Fuga access to important resources, such as their own land or livestock, and restricts them to their artisanal activities.