Cafeteria in Lalibela is a place for the youth

Young men and women aged 27 to 35 have set up an ecologically run cafeteria in Lalibela. They serve only locally produced and cooked food. All five participants have at least completed high school. One of them, Bekire Hailu, has a university degree and Fiseha is an art painter. He painted Peter’s portrait on the outside wall for the Taekwondo hall. The group built the cafeteria with local building materials, wood and straw. Respect for the environment and the ecosystem have special priority. 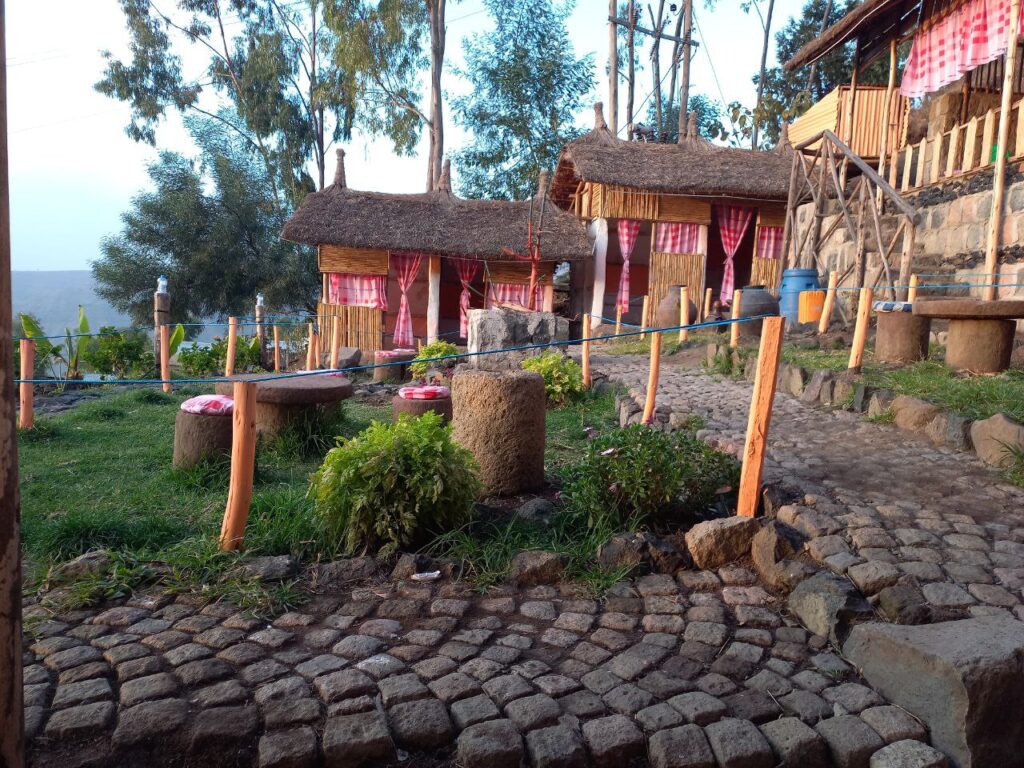 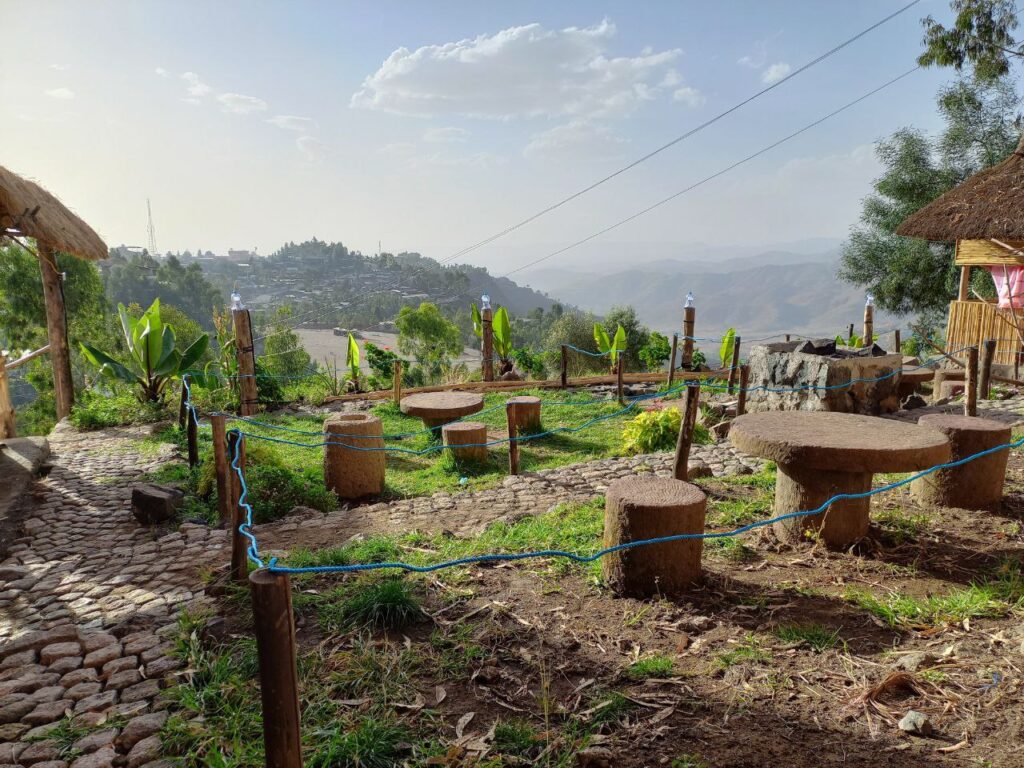 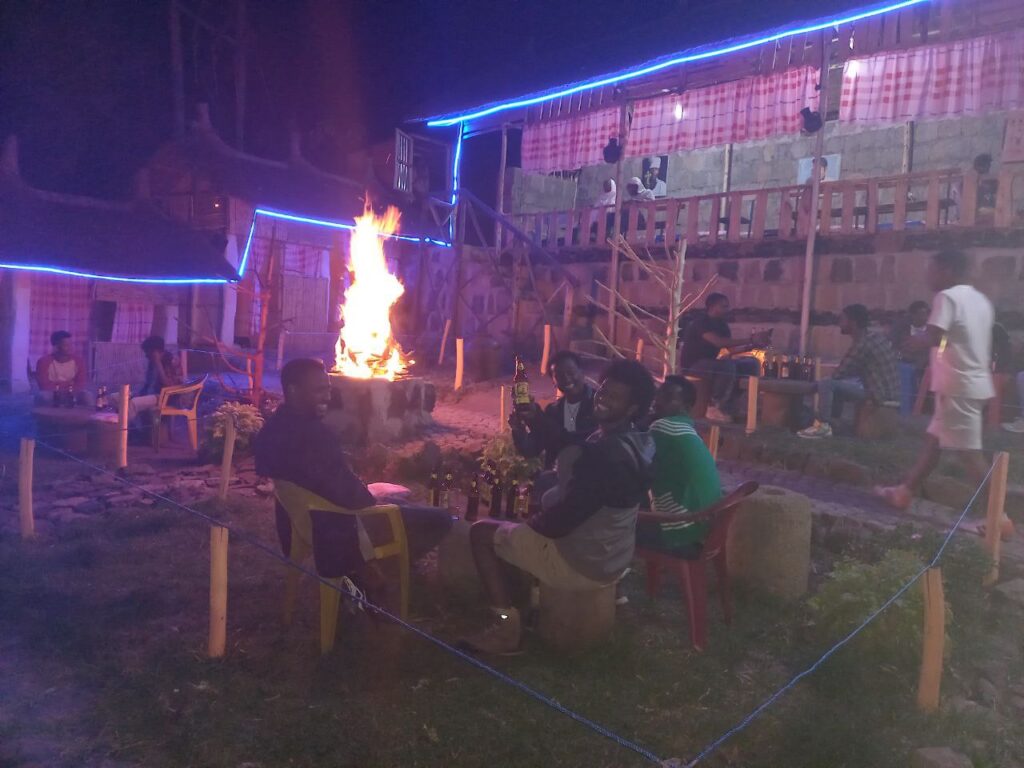 Due to the very high unemployment rate, this group had the idea to create a recreation centre for young people. The population of Lalibela is on average very young and makes up a significant proportion. Access to information and their hunger for knowledge therefore meet a great need. A cafeteria, i.e. a meeting place with internet, books, newspapers and magazines, should also be a place where young people can socialise, watch films and discuss them, play games.

Aims and significance of the project:

Fortunately, their premises were not affected when the rebels occupied the town. The young people have returned and are ready to carry out their project. The cafeteria opened its doors to the public in early February. They are also filling a gap with the population after the hotels and restaurants closed. The group approached PBF for support to purchase tea and coffee machines, refrigerator, furniture, chairs and tables….

PBF officials on the ground are very impressed with the group’s hard work, perseverance and consistent attitude. The support of our PBF foundation is an incentive for even greater commitment to the service of many young people in Lalibela.