After fights, pilgrims return to the Holy City of  Lalibela

The Holy city of Lalibela has welcomed its pilgrims once again. On Friday, thousands of Ethiopians have flooded into the streets of the town which was reclaimed last month by Ethiopian government troops from the TPLF, the Tigray People’s Liberation Front.

Ethiopian Orthodox celebrated the birth of Jesus Christ on January 7. On Friday, large crowds gathered in the city of Lalibela, a town in the north of Ethiopia renowned for its churches cut into the rock. Security was tight at the UNESCO World Heritage site.

The town was the stage of fights opposing Ethiopian government troops to the (TPLF), the Tigray People’s Liberation Front. Last month, the military eventually reclaimed the city from the rebels. The liberation of the city is an unhoped joy for the residents as well as the pilgrims who flock thid holy town every year for Gena celebrations.

You may read some more information <klick here> 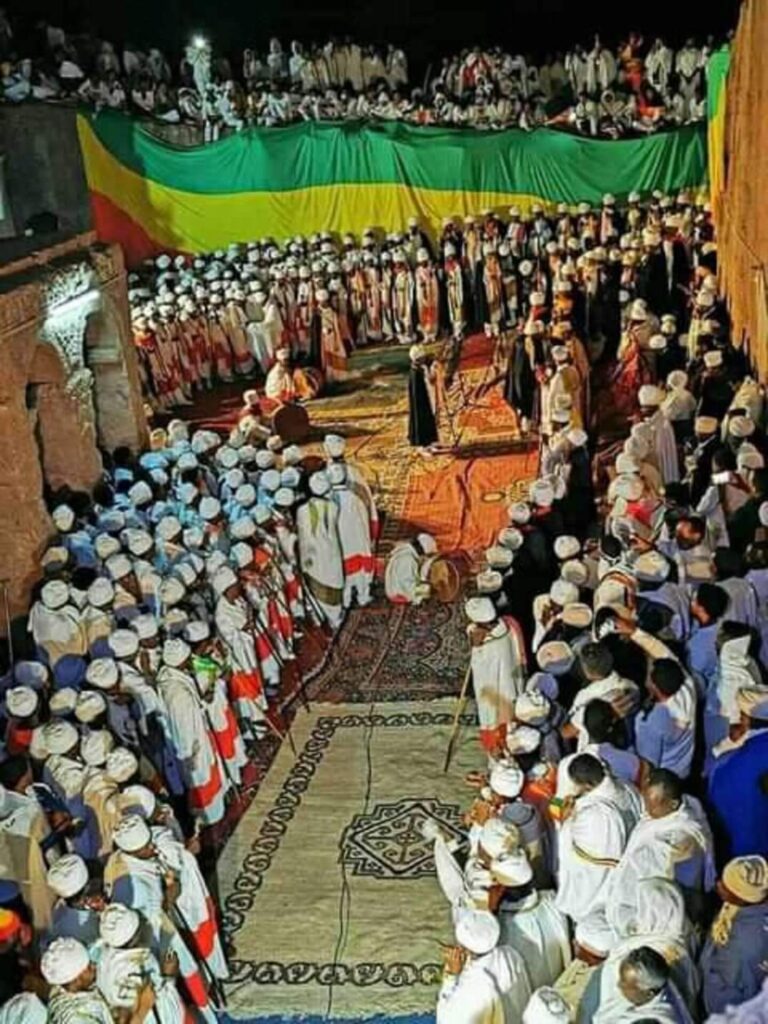 PBF is happy for the people of Ethiopia and especially to the people of Lalibela who have suffered so much during the conflict. Our representatives are back in the Holy City to celebrate with the destitute who stayed in town under the occupation of the TPLF troops suffering hunger and all kinds of abuses.

We have mobilised trucks of foodstuff and other essentials for the locals for the Gena festivities even though we are acutely aware of the long term effects this ear will have on the people we support.The old, the sick, the orphaned children, the disabled and poor women with their young children.