Lalibela is liberated and people return to their homes

Since the holy city of Lalibela and all of North Wollo has been liberated from the TPLF rebels, our people who have sought safety are returning.

Our local representatives who have been providing emergency relief in Bahir Dar visited Lalibela and Gashena and sent us the following report.

General Situation:
People supported and accompanied by PBF are mostly old, sick and disabled. They have been imprisoned in a way in rebel-held Lalibela for almost four months. They have endured torture, starvation, and other abuses, including rape of women and young girls.

The following observations were made by our team:
The town is overpopulated with military personnel and resembles a military base. Only a few stores and cafes are open to serve the troops. Few people are leaving their shelters. They still do not dare to leave their homes and are still afraid of the possible return of the rebels who have caused them a lot of suffering. Those who have left the city are also reluctant to return. 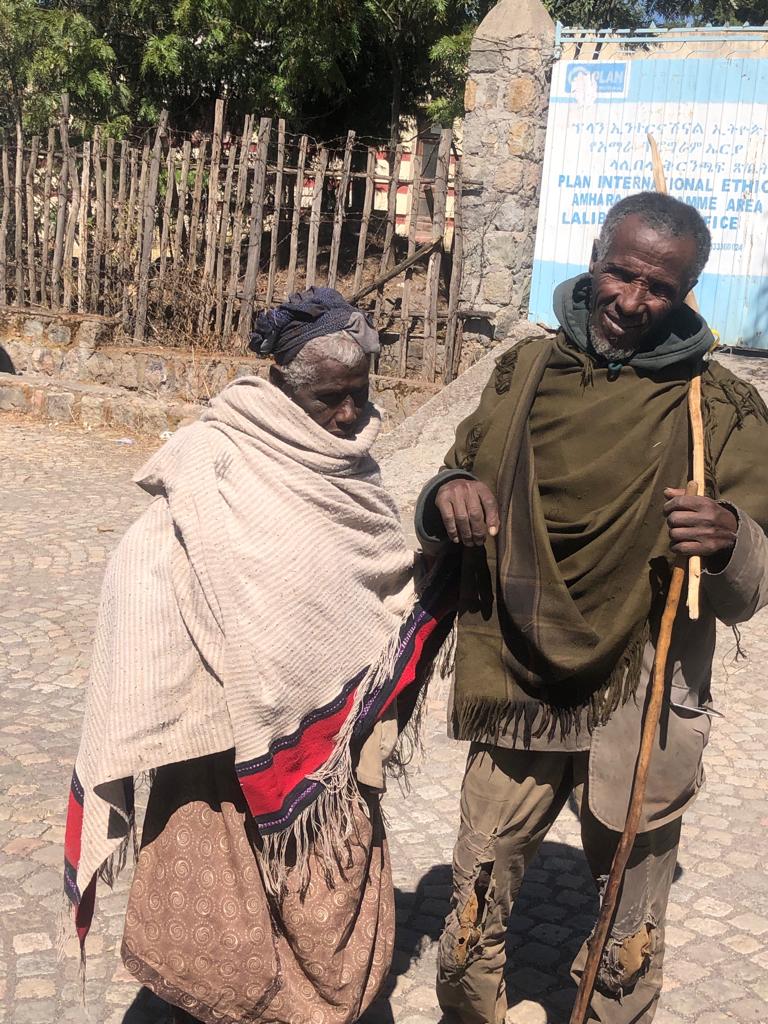 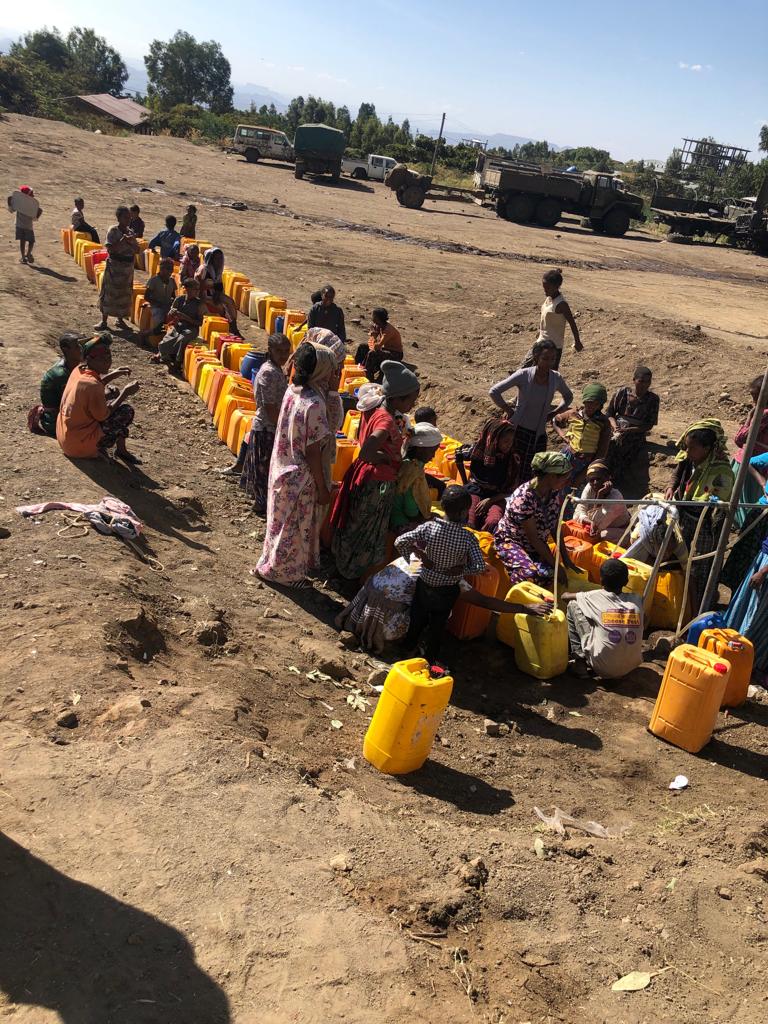 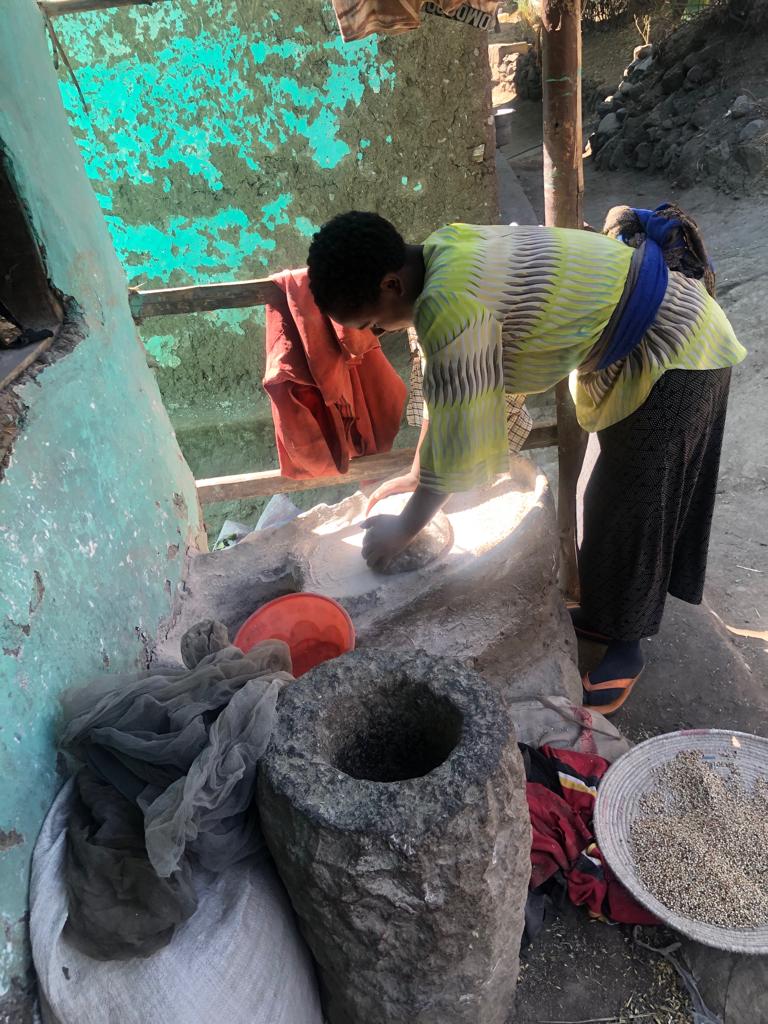 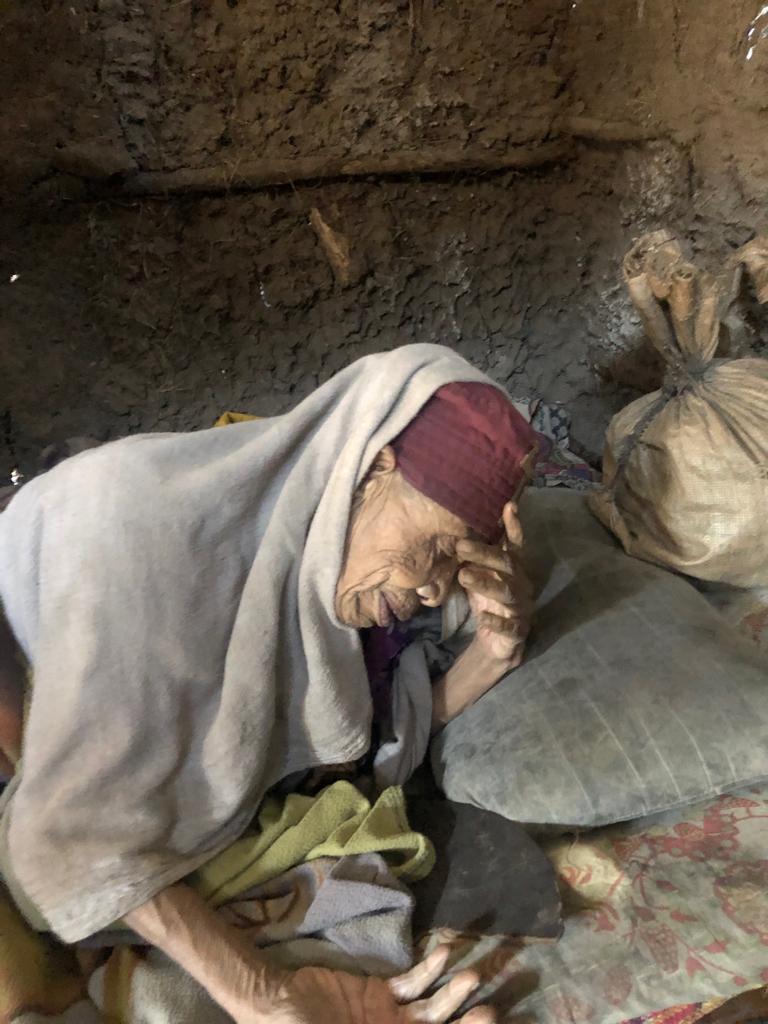 Gaschena Clinic:
Emmanuel Medium Clinic is very badly damaged and completely looted. We found empty rooms and it is very sad for our PBF to see this so important project with these enormous destructions. All the materials, apparatus and health facilities were looted, the rooms turned into a kitchen, the floors full of traces of blood and much more like this. It is so painful and heartbreaking to lose our previously successful, thriving clinic in this destructive way and now not be able to provide the much needed medical services that people need most.

The HCB block project in Lalibela has been damaged and two molds have been stolen. The car wash water pump was also stolen.

People accompanied and supported by PBF:

We were able to see and visit some of our people – finally – again. They are elderly, destitute, disabled and sick. We got to know their living situation and their real needs. We have been longing for this personal encounter for months.

Almost everyone we visited told us about almost the same problems. After all, these are the people who in normal times have to live with great privations in their daily lives.

We were able to go to the poor neighborhoods to meet our people, to see them, to visit them. Some examples :

Deytenu Debeb:
She lives in a poor neighborhood near the churches and experienced a terrible time during the occupation of Lalibela. She had to buy food on credit, which she has to pay back when she can. But of course she doesn’t know when at all. The merchant was accommodating enough to give her a loan, even though he knew she would probably never be able to pay it back. She also had to go door to door begging for food. She said, “I wish that PBF can pay off my debt and that I can also get some emergency food assistance for the next time.” She also wants us to buy her a mattress and a blanket since she sleeps on the bare floor.

Asrebeb Yalew:
She is also one of our old destitute women who lives in the slums. She has an old sick husband who has to stay in bed all day. She alone takes care of him and even makes injera, which is a lot of work. She is so distressed that other people discriminate against her just because she receives support from PBF. There is a misconception that she is generously helped by PBF. She is very sad about this as can be seen from the video. She would be happy to receive some emergency assistance for her livelihood.

Endayehu Asefa:
We met her using the traditional grinding stone to grind her food. You can see how labor intensive and difficult this is especially for the old women. She lives alone and has no one to help her. She survived these hard months by asking her neighbors for some food. She desperately needs our support. She also wants us to fix up her shelter that she got from the administration (Kebele). The walls are almost collapsing on her.

Tsedal Endalev:
She is one of our disabled. These months have been even worse for her. Her sister has to ask people for a loan to feed her. Now she desperately needs our help to pay her debts, to pay the rent for the shelter and to secure her living for the next time.

Serkie Haile:
She is one of our destitute people living in an emergency Kebele shelter in the slums. She described the past four months as “we survived by a miracle of God.” She said that “there was no one to ask and beg for some food”. What makes the situation worse is the fact that she has been excluded from any emergency assistance just because she received support from PBF so far.

Yeshihareg Asefa:
She is one of our disabled people living in Amanuel Village. She has been begging for food from acquaintances during this time. The bad thing is that she cannot afford to go to a mill nor can she use the traditional way with the millstone because of her disability.  She also had to rely on the help of others. She hopes to receive financial assistance to buy basic food.

PBF mourns the death of three people we have been able to help so far:
We are very sad and sorry to learn that three people from PBF have died from hunger and malnutrition. We mourn the loss of Mamie Gobeze ,G/Tsadik Berhanu, Nebebu Worke.