Since 1994, Ethiopia has had a federal system in which different ethnic groups control the affairs of 10 regions. The Tigray People’s Liberation Front (TPLF) – was influential in setting up this system.

It was the leader of a four-party coalition that governed Ethiopia from 1991, when a military regime was ousted from power. For almost three decades, the party was at the centre of power, before it was sidelined by Mr Abiy, who took office in 2018 after anti-government protests.

Ethiopian Prime Minister Abiy Ahmed sent troops into Tigray in November 2020 in response to what he said were attacks on army camps by the TPLF. The TPLF said the federal government and its allies, including Eritrea, launched a “coordinated attack” against it.

Abiy promised a swift victory, but by late June, the Tigrayan fighters had regrouped and retaken most of the region. Fighting has since spread to the neighbouring regions of Afar and Amhara.

The rift grew when the central government suspended funding for Tigray and cut ties with it in October. At the time, Tigray’s administration said this amounted to a “declaration of war”.

The conflict started on 4 November 2020, when Ethiopian Prime Minister Abiy Ahmed ordered a military offensive against regional forces in Tigray, accusing them of an attack on a military base housing government troops near Mekele. On their part, The TPLF accuse the federal government and its allies, including Eritrea for launching a “coordinated attack” against it. They reclaimed Mekele from federal forces and started expansion southwards to Amhara and Adar regions.

On 5th August 2021, the TPLF forces captured Lalibela without a fight. The federal and the Amhara regional forces had retreated leaving the residents of this Holy and and strategic Town in the hands of rebels. The young men had to leave the town to avoid confrontation with occupying forces.Women, children, the old, the sick and the disabled stayed behind. 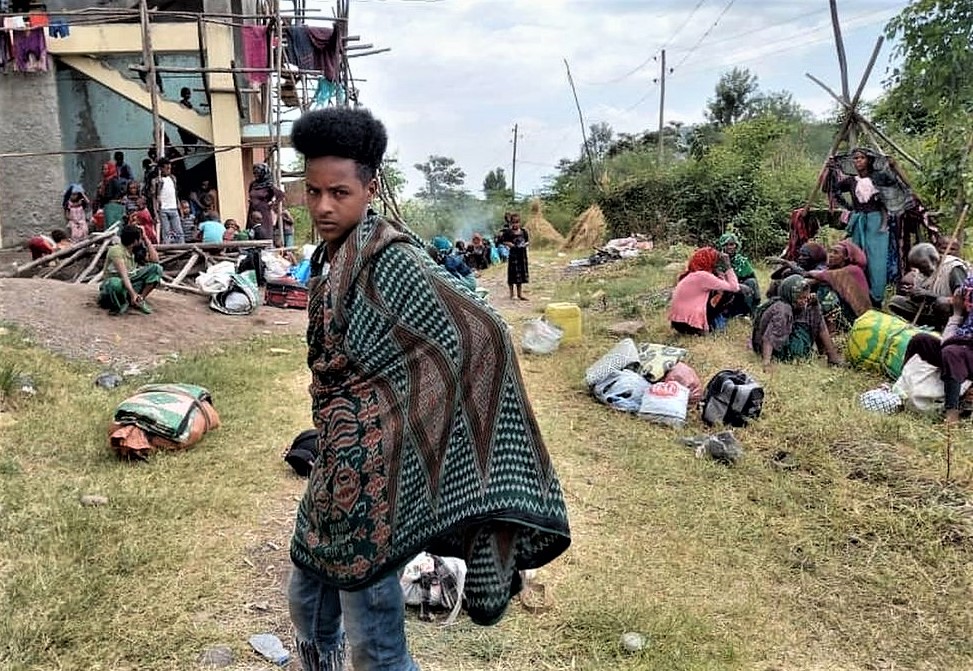 The rebels looted and forced the residents to provide them with supplies which ran out in in not time. There are reports of killings,rape and torture. Thousands have continued to leave the town on foot to seek safety in Dessie and Bahir Dar.

On Tuesday November, 2nd, the Ethiopian government declared  a State of emergency. Anyone violating the emergency would face three to 10 years in prison, for offences such as providing financial, material or moral support to “terrorist groups”. 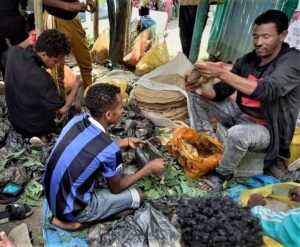 The move came after the Tigrayan fighters said they had captured the strategic towns of Dessie and Kombolcha in the neighbouring Amhara region in recent days, and also indicated they might advance further south, on Addis Ababa.

The six-month state of emergency allows, among other things, for roadblocks to be established, transport services to be disrupted, curfews to be imposed and for the military to take over in certain areas.

The regional African Union which is based in Addis is unusually quiet.

Much of northern Ethiopia is under a communications blackout and access for journalists is restricted, making battlefield claims difficult to verify independently

The US Special Envoy for the Horn of Africa Jeffrey Feltman has denounced the TPLF’s expanding military campaign outside by Tigray by withdrawing from Afar and Amhara.

Separately, the US government said on Tuesday it would revoke trade privileges to Ethiopia, including duty-free access to Ethiopian exports, due to “gross violations of internationally recognized human rights. The move dealt a new blow to Ethiopia’s economy, which is already under pressure from the growing cost of the war and the impact of the COVID-19 pandemic.

Ethiopian government began cutting off humanitarian relief and commercial access to Tigray in June which continues to these days despite horrifying conditions of reported widespread famine,

The conflict has triggered a humanitarian crisis that has left hundreds of thousands of people facing famine-like conditions, according to the United Nations.

Thousands of people have been killed and more than 2.5 million people forced to flee their homes.

The foundation supports various projects, individuals and groups in Ethiopia. We have students in various Universities and and colleges all over Ethiopia but our main operation base is Lalibela, a Holy City in Lasta Woreda, Amhara region. Our main target group are the most affected by this conflict. The destitute, the old, the sick, the disabled and the poor orphaned children who could not move out of the rebel occupied town. We unfortunately do not know their fate.

Meanwhile we are presently undertaking emergency relief efforts to hundreds who have walked  for weeks and months fleeing Lalibela and the neighboring villages. Our 3 trustees have opened a relief center where we provide means, clean water, sanitary material and shelter in Bahir  Dar City. With limited capacity and unpredictability of the crisis, we can only provide for a few.

We keep on updating the website our with information we get from the ground by our people.