The clinic was founded and built ten years ago by a young medical student from Lalibela, Ashenafi Mesele Mamo, in the remote village of Gashena in Ethiopia. Gashena is located on two very important connecting roads between the south and the north and east. The clinic basically provides free medical services to the local population, who are mainly farmers. PBF has financed the buildings for a decade and continues to support the operation with medical supplies and staff costs. 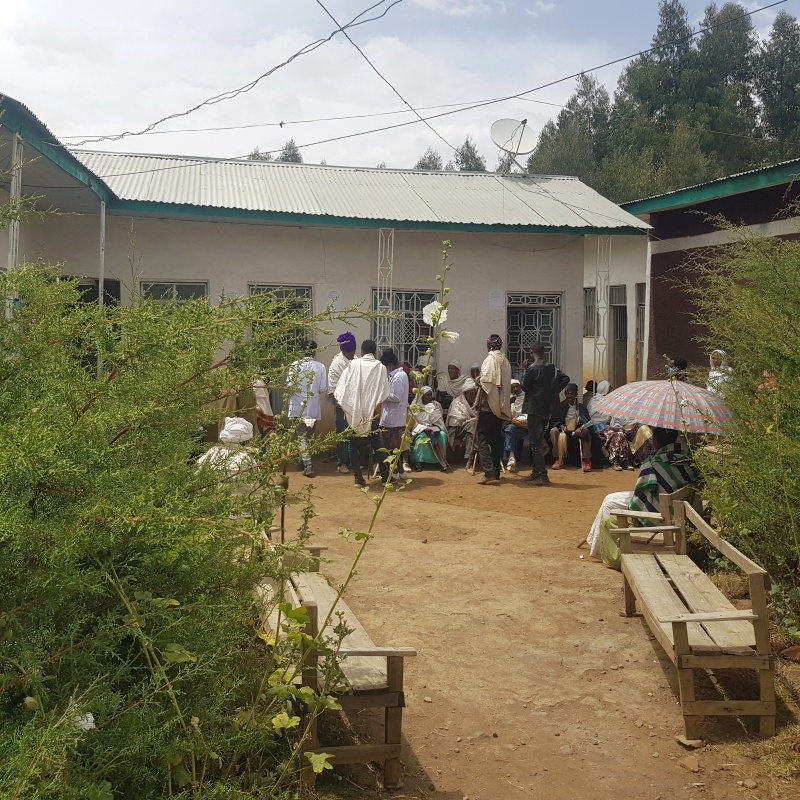 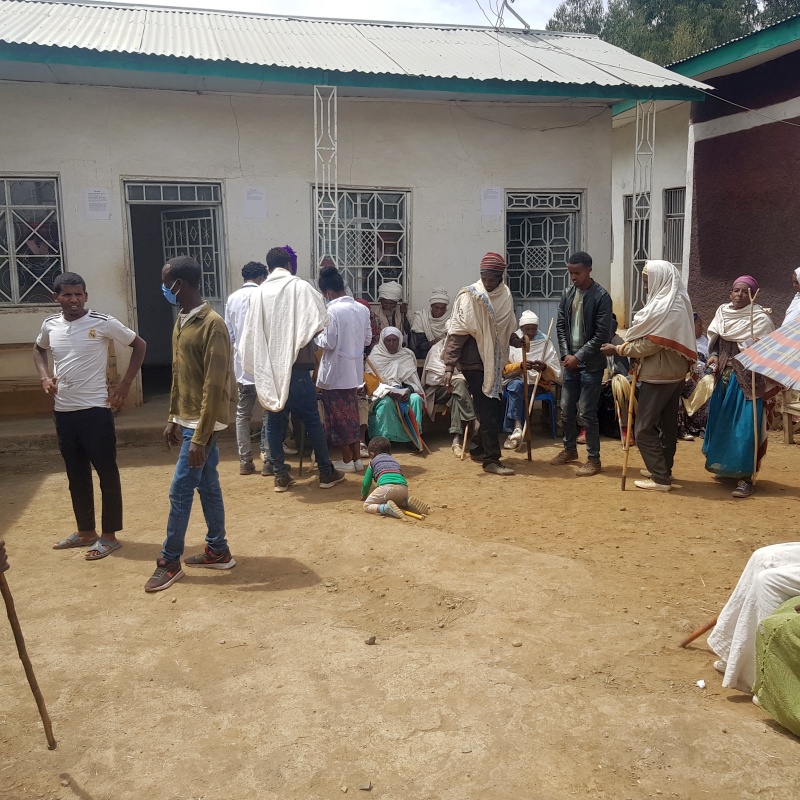 Cost sharing and ownership
Since January 2020, patients have contributed and partially covered the costs of prescription drugs. In this way, a certain sustainability can be ensured for the clinic and an unlimited dependence on donations can be avoided. We were able to start doing this – finally – in January 2020. In this way, we reach an amount between $400 and $450 per month from the patients. This has reduced PBF’s support by 13.5 per cent. The longer-term goal is for the clinic to become increasingly self-sustaining.

Our annual campaign of eye surgeries
EMC runs a large-scale eye care campaign every year. It is aimed at the entire population of this region. Many people lose their sight at a very early age due to treatable tropical eye diseases. PBF supports this medical campaign every year. Since then, several hundred locals have benefited from specialised treatments and minor surgeries. In March 2021, EMC again conducted this campaign. 143 eye patients participated to have minor and major surgeries performed by specialised doctors. Funding for this campaign was provided by the Ruth Baumer Foundation, Zurich, and PBF. 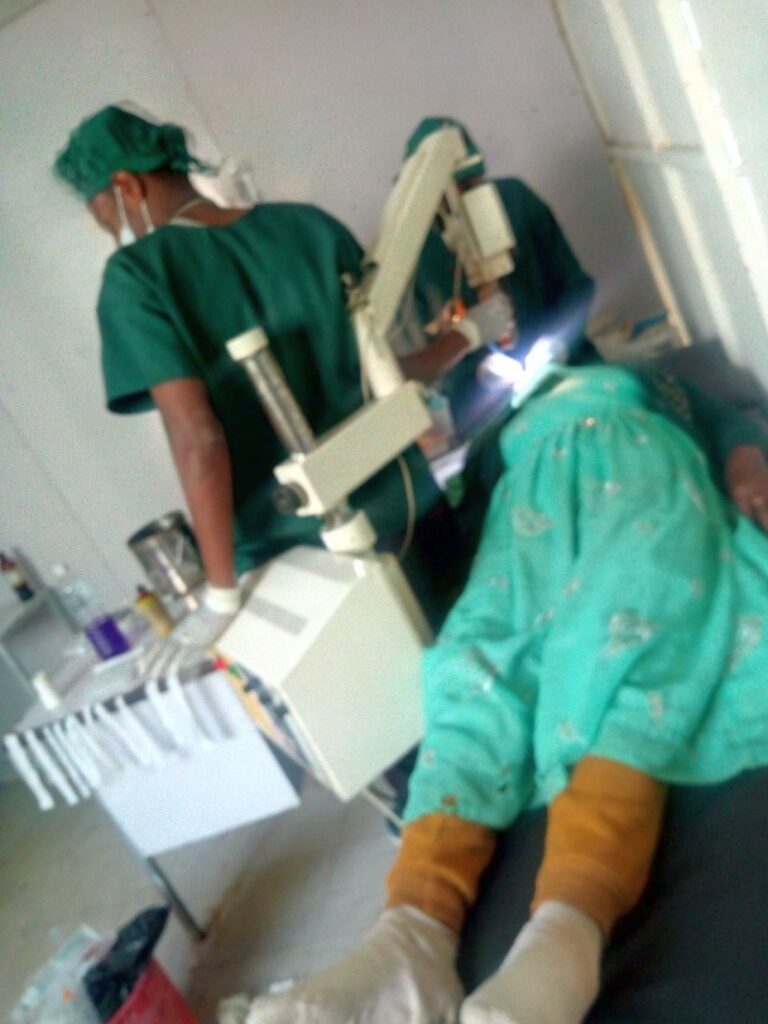 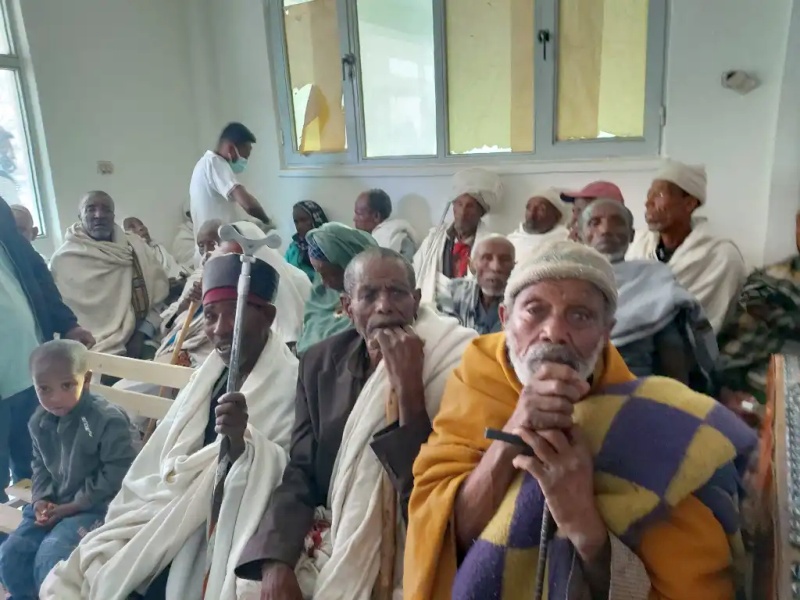 Covid-19 impact
Like everywhere else in the world, the Corona pandemic has had a huge negative impact on our work among the rural poor in Ethiopia. Conspiracy theories of all kinds and much more associated with Covid-19 have made medical care even more difficult. People are afraid to see a doctor. Many people are dying of diseases that could otherwise be treated if they could get the medicines they need. At EMC, we try in every way to counteract this misinformation by providing correct information to the community. Women and children are the most affected. Several children and their mothers have died while giving birth to a child outside the hospital.

Due to the virus pandemic, we are incurring additional costs for e.g. gloves, masks, disinfectants, PPE materials. This has massively increased our monthly expenditure budget. We can only hope for better times in the future when the disease is under control.

New challenges
We depend on traders for our drug supplies. Prices have now been increased due to all sorts of problems in the country. Apart from the global pandemic and a general economic crisis, Ethiopia is suffering from increasingly heightened domestic instability. All parts of society are affected, especially the economy, due to inflation. This has also had a negative impact on our work, as the prices of essential goods and services needed for our daily operations have increased by almost 110%.

Repairs and renovations
At the beginning of our operations, we had a half-finished temporary building. We are still operating there – for many, many years! New small, more permanent buildings were gradually added. Now the facility needs to be repaired and renovated in some respects. Some of our rooms are in bad condition. There too we are asking for PBF’s support. In September 2021, we will be able to look back on 10 years of our clinic…and celebrate.

On the way to independence
We have approached PBF to purchase a 4WD van which we rent out to other public and private organisations to earn money. This way, our financial gaps can be filled and we can work towards self-reliance.

We have also acquired a piece of land on which we plan to build a simple guest house for overland truck drivers in the longer term. Many of them stop over in our small village of Gashena, an important road junction. With these plans and hopes, we expect to be able to help provide services to this population, which is largely neglected by the state, in the future.

Ashenafi Mesele, founder and director of the clinic