Housing the destitutes: The poor of the poor.

Lalibela is a small town but to the locals it is a City. It is a religious pilgrim destination but also a cosmopolitan center where history, culture and contemporary life converge.

Dr. Bachmann visited this town nestled in the mountainous terrains of Lasta Woreda as a regular visitor almost 17 years ago. He was interested to see the famed historical hewn churches but in the proces he met the people. All kinds of people. The lives of the people, their warmth, humility and charm caught his attention from the original attraction of the ancient churches. The town dwellers, the pilgrims, the priests, the monks, the old, the young, the sick, the children, the tour guides, the beggars, the entrepreneurs, the government officers. He met and interacted with them all.

He noticed the disparity of between the pilgrims who came to seek spiritual nourishent and the locals who lived in abject poverty and their need for humanitarian intervention. Beggars and street children were everywhere.

We as PBF have all through our work over the years concentrated our efforts to this group. They are the destitute. The poor of the poor.

Around the time Dr. Bachmann arrived in Lalibela, the local authorities had ordered the beggers and the street people to leave the places where they ake a living begging. They were a nuisance and an embarrassment to the most profitable enterprise in Lalibela, tourism.

They had to be relocated. There was no plan or budget for them. PBF stepped in and provided temporary food and shelter then later identified the most needy and a settlement village was built on the land donated by the town authorities. The locals named it Peter Bachmann village. We still stand with them 17 years later. We give a monthly food and medical support for them under our Destitutes Project. 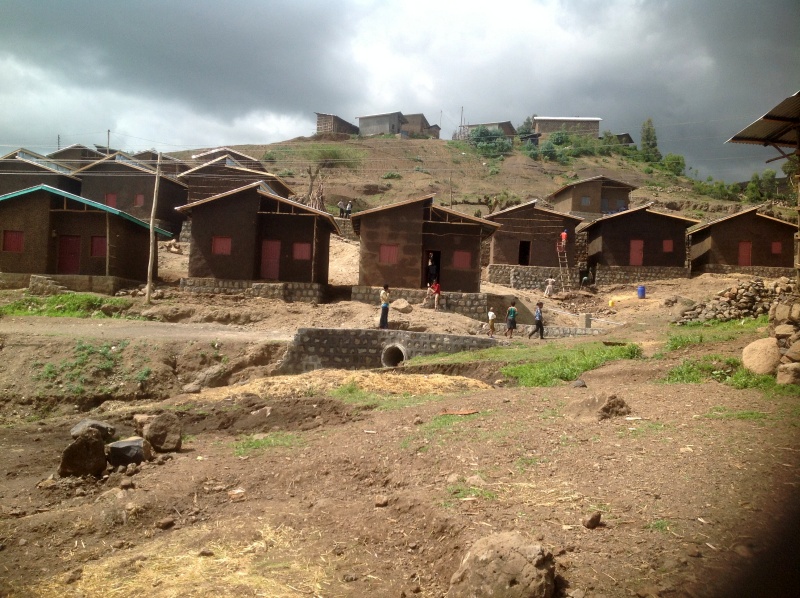 We have since added another settlement named the Amanuel Village and built several houses for individuals identified by our dedicated local trustees.