The young epileptic from GojjamBure is looking for and finds a new, promising opportunity

After the death of his two parents, Tenaw moved from the Gojjam area, from the city of Bure, to Addis Ababa, leaving behind his old grandmother, who was a nun and could not take care of the 17-year-old. Tenaw found a job as a cleaner in a small restaurant. At work, he listened carefully to the conversations of the guests. There was a lot of talk, but the only important thing for Tenaw was to find a way to survive in the metropolis. Students who received support from PBF also met by chance in the restaurant in question. Tenaw asked them for a contact address that turned out to be wrong. Tenaw went out of his way to make this life-saving contact a reality, asked the guests again later, googled to be sure. In this contact he saw a saving anchor for himself, his grandmother, his future. According to his own statement, he did not want to give up under any circumstances. That was ten years ago in the Bole area, where Peter Bachmann and Beatrice Gill were in the Franciscan Sister’s monastery. 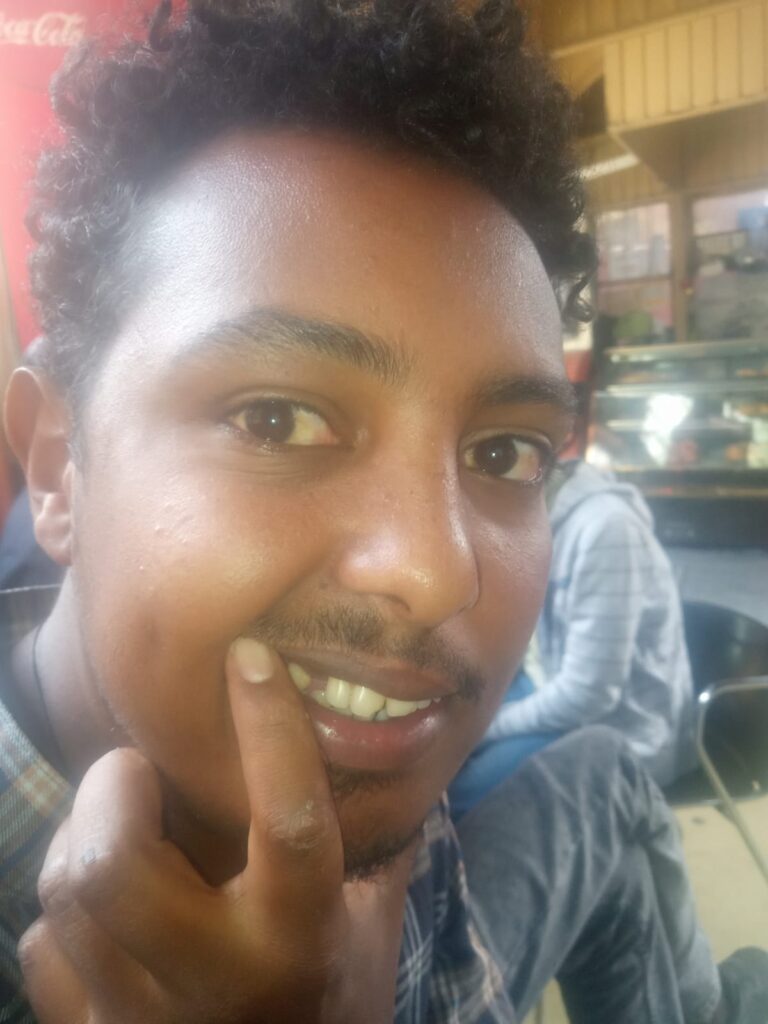 There Tenaw appeared, emaciated to the bone, honest and credible, he told his life story.

But before that, he wrote an email to PBF and got an answer straight away. The person responsible for PBF in Addis Ababa, Ayene, visited him in the city and gave him further information so that the contact was successful.

The importance that little Tenaw from the distant Gojjam attached to this encounter is known only to himself and his grandmother, the elderly nun in Bure. Tenaw tells Peter about his life on the street in Addis, his work as a cleaner, who was “rewarded” with the leftovers from the restaurant.

Tenaw returned to Bure, was supported by PBF, kept in regular contact with Peter and lived with his pious grandmother. He set up a small shop selling tools to local farmers. This small business gave them the chance to survive for some time, he had to close it later because the income could no longer cover the store rent. The savings also had to cover his medical expenses.

Later he learned how to drive a Bajaj, the rickshaw tricycle that was in great demand at the time and was emerging. Despite his epilepsy, he continued this job on behalf of the owner, knowing that he was taking such a big risk. Tenaw also had several accidents when he had an epileptic attack while driving. 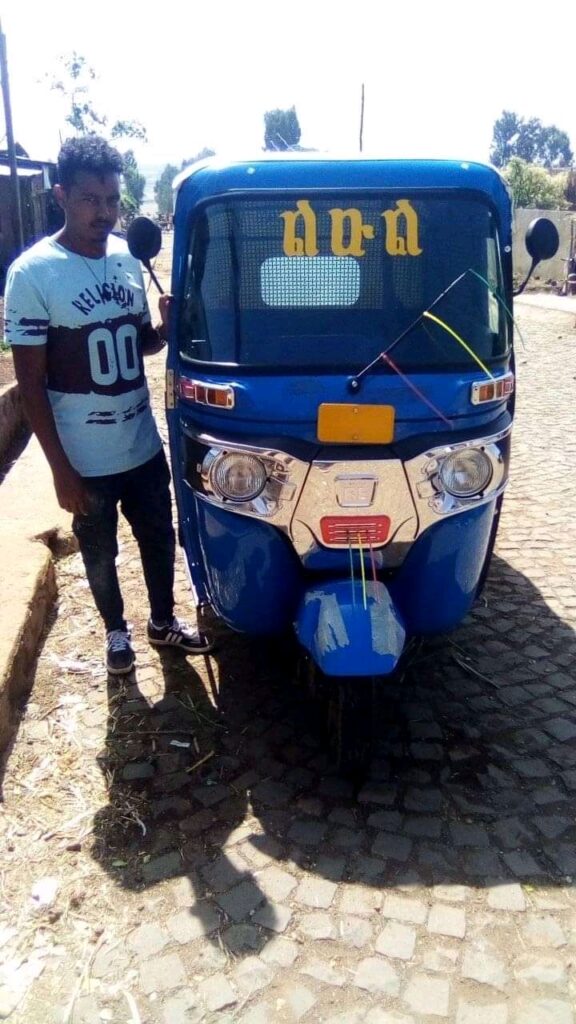 Now, after 10 years, he turns to PBF again. Because of his epilepsy, he needed special treatment in the capital, Addis. Our PBF trustee in Addis, Fisseha, accompanied Tenaw to the hospital, where Tenaw received expert treatment.

Back to Bure, there was no other solution for Tenaw than buying his own Bajaj, which he subleased to a driver and could thus generate a small income. This means that he can also cover his grandmother’s livelihood, pay for the medication for his epilepsy and also do small jobs outside the home.