Thomas Kenja has been the PBF manager in Uganda for over ten years. He works with the local population in western Uganda, in the city of Kasese. The city has around 70,000 inhabitants and is the main and administrative center of the district of the same name. The place is located on the eastern edge of the Ruwenzori Mountains and on the northwestern edge of the Queen Elizabeth National Park. There, PBF has been active in the field of nutrition, education and the environment for over a decade. Peter Bachmann and later Beatrice Gill visited the place in earlier years.

Very poor people usually live in large families in this area. Malnutrition is an enormous problem for social worker and environmental expert Thomas. The men and many young, energetic people move from the country to the cities with the hope of finding work and earnings. Women and girls are left behind. This situation affects agricultural production. There are other problems in other areas, such as the lack of general health and sanitation facilities, road construction, etc.

Fish farming has been of great importance in the Kasese district since ancient times. For generations, residents have relied on this path to obtain vital proteins. Unfortunately, this has changed in recent years. The right to fish in the nearby lakes was sold to foreign investors for their export (this was reported on our website).

The government protects these Chinese trading companies. The residents are prohibited from fishing in their own lakes. Anyone who does not abide by it, i.e. illegally fishes, runs the risk of being shot by the military or other state security forces.

Fish from the lakes are still on the markets. But the prices for this are very high. Only rich people can afford this fish. Poor locals are given the bones from the fish factories to buy, and the fillets are processed for export.

It has been found that the chemicals and salts used to strengthen the bones lead to cancer. Hundreds of our own people have died of it. Our children suffer from chronic malnutrition, growth disorders. Inadequate academic performance is the result.

In collaboration with PBF, the entire community was mobilized by Thomas Kenja to find a solution to these problems on their own. This is how the fish pond project with 200 family households came about. A fish pond is built. Fish are not only bred for their own consumption, but also for further sale on the market. In this way, a modest income can be gained. This has proven itself since our last report. 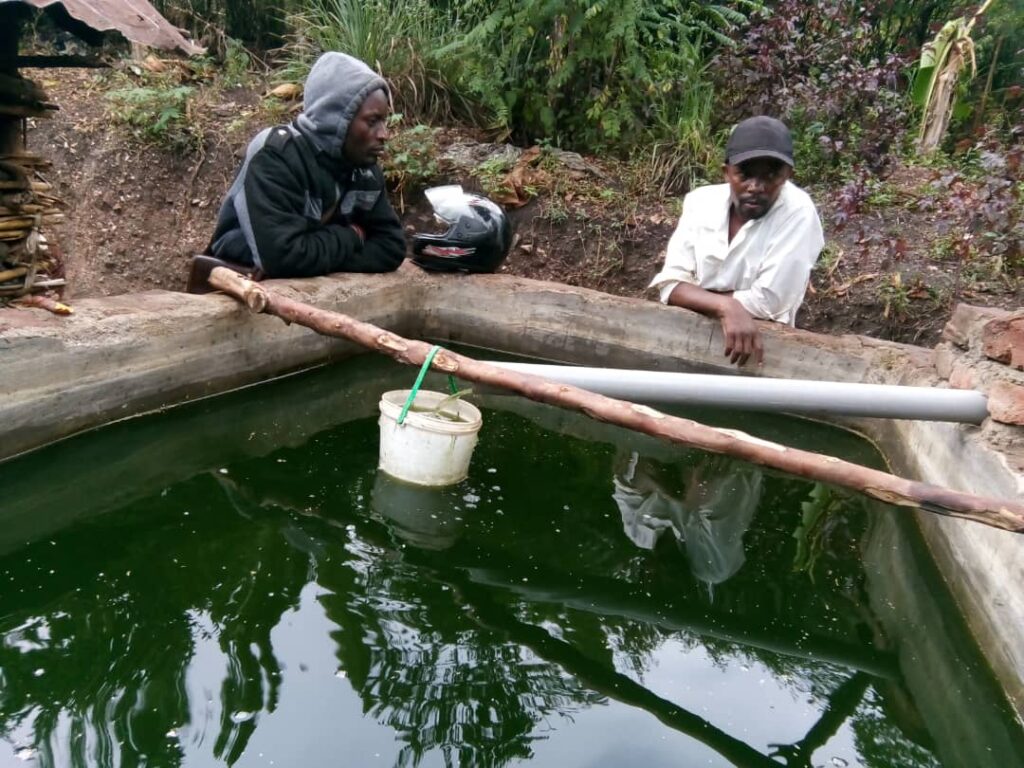 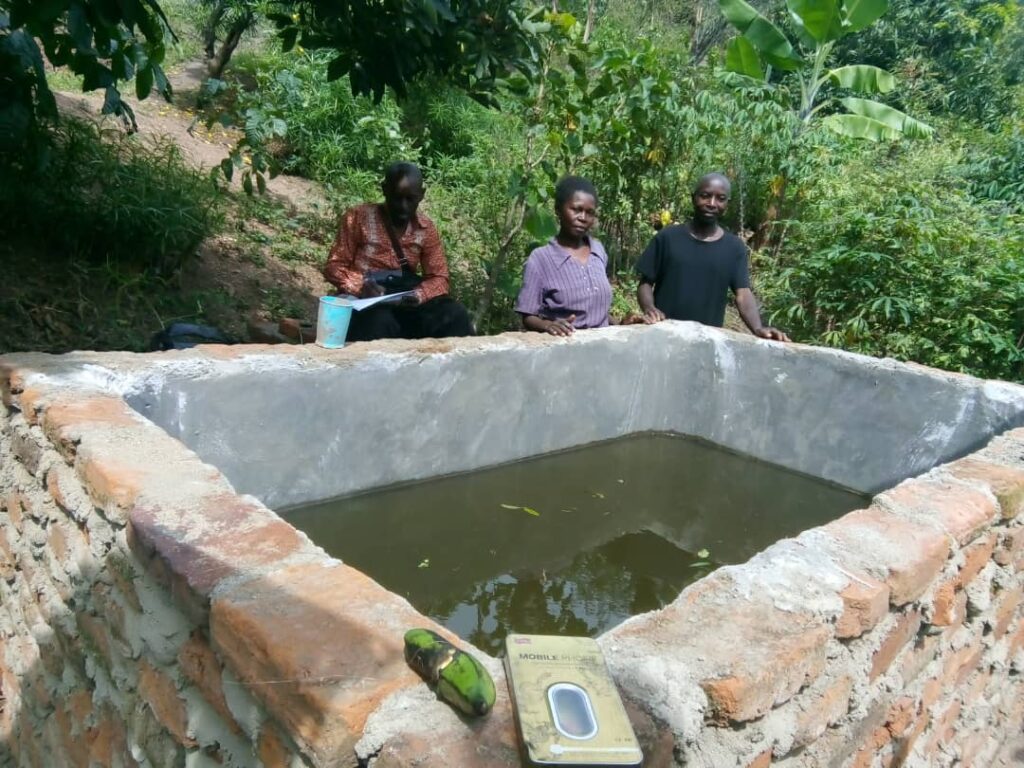 Together with the local administration, we train our people to build ponds. This cooperation with the authorities is very important to ensure that this initiative “from below” will continue to exist for the population in the future.

Already after six weeks after inserting the very small fish, they have grown into large fish. The families gathered to inform each other about the progress of their project, to exchange experiences and to face new challenges. People were happy about the good fish harvest and were encouraged to expand and continue their fish project.

In addition, on March 21st, International Forest Day, our people planted tree seedlings – in collaboration with the St. Francis primary school. Schoolchildren also took seedlings home. This project is now being extended to other schools. Thomas founds student clubs, leads them as a specialist and sensitizes them to the preservation of the environment.