The village has about 8000 inhabitants most of whom are very poor. The families are typically large and therefore food insecurity and malnutrition.

Men and young energetic boys often move yo bigger towns to seek employment leaving the village with o ly women and girls. This has affected agricultural production due to a lack of labor.

The villagers are also exposed to several other problems like lack of health facilities, infrastructures like roads and sanitation.

Traditionally, villagers in the entire District have relied on fishing for their source of proteins. However, this has changed over the years because the local lakes have been given to foreign ‘investors’ who fish for export. The villagers are prohibited from accessing the lakes by the government that protects the Chinese commercial fishermen. Those who attempt to fish illegally risk shot dead by the military, government security.

Fish can be bought in the local markets but prices are now very high that only the wealthier people can afford to buy it. The locals can only buy fish bones collected from the local factories processing fillet for export.

The chemicals and salts used to preserve the bones have been found to be responsible for an outbreak of Cancer which is killing hundreds of these poor villagers. Apart from severe malnutrition.,local children suffer stunted growth and poor school performance.

With cooperation with PBF, the community has been mobilized to by our representative Thomas Kenja to find a solution to the problem. They have come up with fish farming Projects. The project targets 200 households by constructing a concrete fish pond where the family can rear fish for domestic consumption and sale for income to improve their lives. 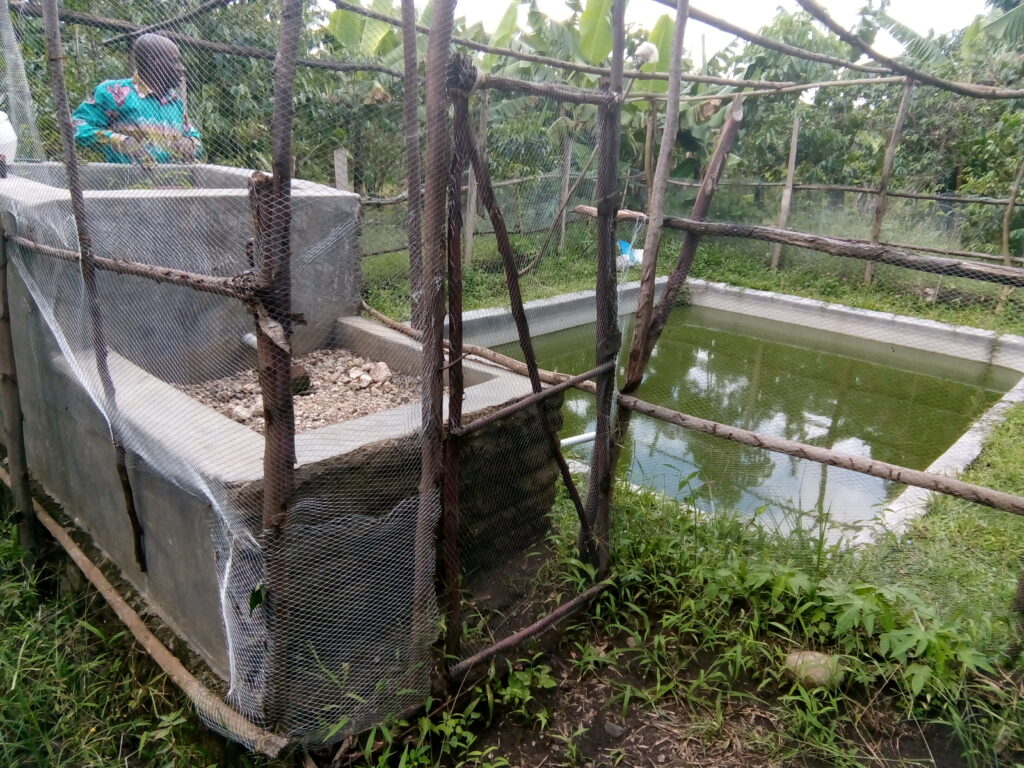