PBF congratulates Solomon Abebe Mekonen: He receives his first invitation to participate in an international film festival – and win!

Sol has been with PBF for many years and is one of the most promising students of our foundation after studying at the Free University of Berlin. Visual anthropology is the name of his subject. Last fall, he made a film about his master’s thesis in Ethiopia (“Emails to My Little Sister”). This will be shown next month (27/28 April) in the Belgian university town of Leuven. 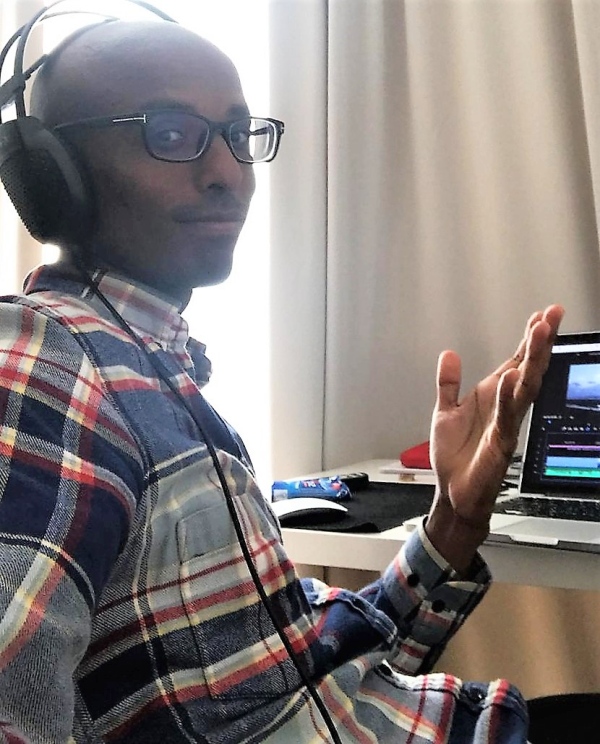 The Africa Film Festival (AFF) is a platform for filmmakers from Africa and the African Diaspora. AFF collaborates with other European African film festivals to screen films, documentaries and short films. The festival starts with an international conference and has become one of the most important festivals for films from Africa in Europe and has gained a permanent place in the cultural landscape of Flemish Brabant. These films are a powerful tool to learn from other cultures. The films of the Africa Film Festival inspire and cause the public to think. With these films, the film festival wants to confront the public with subtle images of Africa.

Guido Convents, head of the festival, writes: “By promoting African films, the Africa Film Festival is contributing to the development of the audiovisual sector in Africa. The festival is committed to sustainable cooperation with African local festivals and invests in training young filmmakers. ” 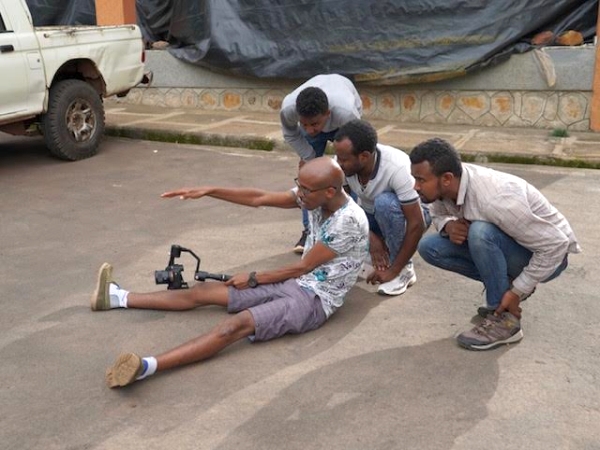 The festival will receive a UNESCO award and an award for African filmmakers. 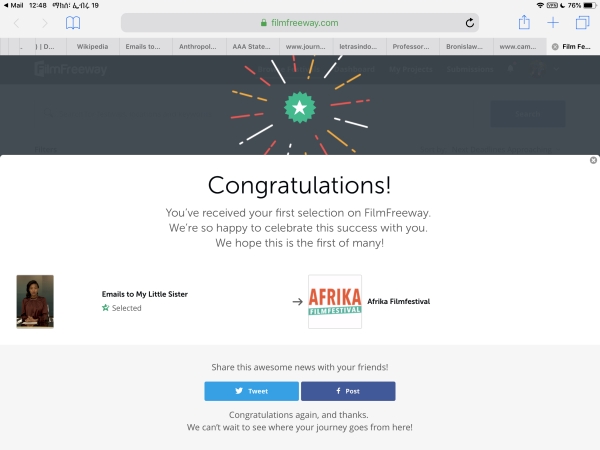 Solomon won the “YAFMA AWARD” at the Festival in Belgium in 2019! Congrats!