Foreword: Mesay is the project leader of the Foundation in Ethiopia / North. He works locally in Lalibela. 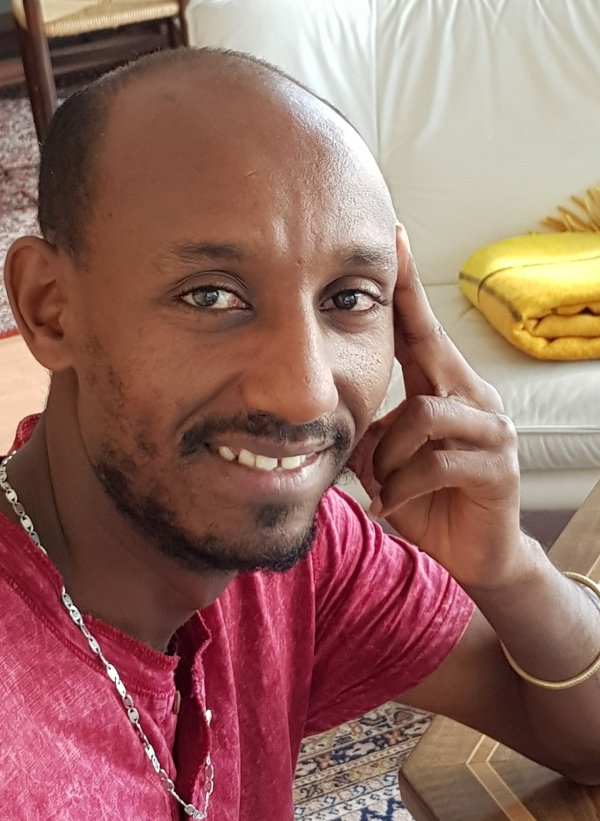 Mesay was invited by a friend of the Foundation, who had met him during a trip through Ethiopia. He spent two weeks in St. Gallen and another two weeks in Winterthur with Peter Bachmann. During his stay in Switzerland, Mesay, in addition to the countryside and people, got to know the direct project staff and various social institutions. 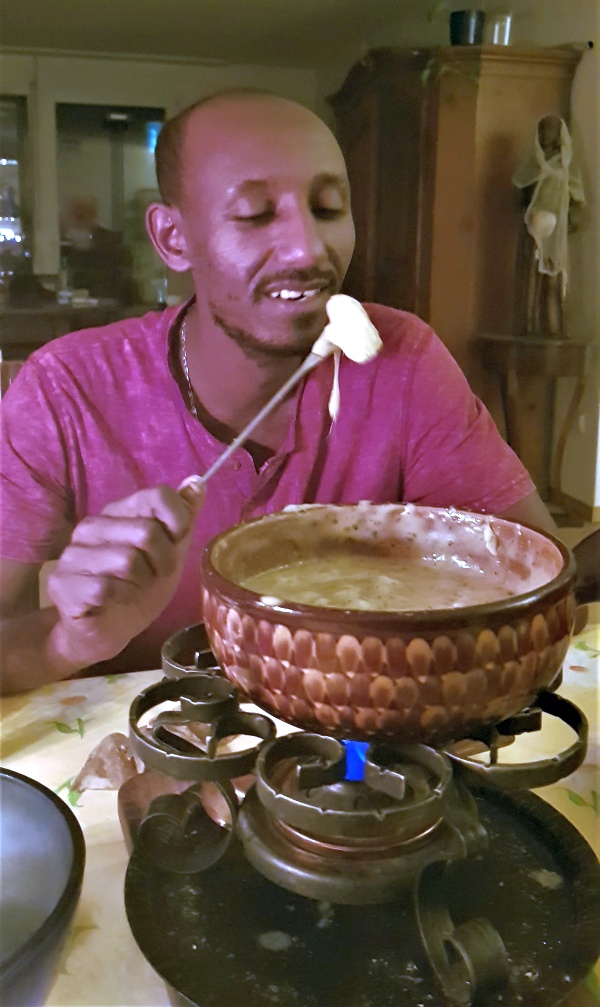 He also had the opportunity to visit his job description (civil engineer) corresponding works such as a water supply, a refuse incineration plant, the ETH, etc.
On September 24, he exchanged views with Thomas Aepli (Board of Trustees, WebMaster). 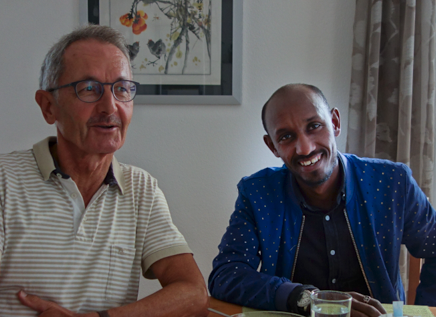 Interview: Mesay is very fortunate that at a young age, he was accepted by the Foundation as a student support program. After successfully completing his degree in civil engineering, he was motivated by Peter Bachmann in 2014 to work for the foundation. He understands his commitment on the one hand as a thank you to the Foundation for the support and on the other hand because of his ties to his country and his place of residence Lalibela. Although his field of expertise is Civil Engineering, he is often called a social worker in his daily work. This is mainly because of the seemingly hopeless situation in which many inhabitants see, e.g. very poor conditions, completely insufficient education and high (youth) unemployment. To deal with the limited financial resources here is often a ordeal for him. Only a careful selection process for project ideas and for the inclusion of people in a support program give him the facts for an objective selection, which in the sense of the foundation can effectively become “help to self-help”.

Insufficient employment in the mountain area of ​​Lalibela is a major problem. Farming in this barren area hardly provides enough food for the population, and industry is not settled here. Only the temporarily booming tourism (Red .: mainly because of the famous rock churches of Lalibela, a UNESCO World Heritage Site) brings work for many, but at the same time also problems. For example, because the tourism business is very unstable and, above all, fluctuates greatly depending on the respective policy. Foreign donors behind the tourism projects, according to experience, are more likely to profit quickly than sustainable development in the area.

Mesay, and with him a sizable portion of the local population, are very grateful to the Foundation – the only NGO in the area. Everyone knows or fears that this support could not last indefinitely (in volume and time). Replacement scenarios are currently difficult to imagine, then it is simply missing to partner organizations, with whom one could cooperate and load distribute. So it remains an important task to provide help for self-help so that the dependence on PBF can be reduced continuously.

Addendum: Mesay Mequanent is a laid-back man who does not prioritize his big previous achievements for PBF. He works hard and loyally for the foundation, although he pays only a very modest salary so that he can spend more money on the projects. Thank you!