The future of the African continent depends on the Africans themselves.

PBF is very close to the very small Catholic local church in Ethiopia (less than 1%). She is closely associated with Eritrea. From this point of view, the current political events are of enormous significance. Valuable contacts have existed for a decade with Capuchins and world priests who do excellent project work on the ground. Especially in the South, PBF would never have been able to provide this profound and immediate direct assistance. Two recent educational projects by PBF point to Pope Francis: Abune Francis in Durame and Laudato Si in Addis Ababa.

After the historic peace agreement between Eritrea and Ethiopia, Eritrea reopened its embassy in the formerly hostile state. The Episcopal Conferences of East Africa, meeting in Addis Ababa, see the new diplomatic ties as groundbreaking for the entire region.

Ethiopian Prime Minister Abiy Ahmed and Eritrea President Isaias Afwerki attended the opening ceremony of the Eritrean Embassy in Addis Ababa on Monday (16.7.). Prime Minister Ahmed symbolically handed Afwerki the key to the embassy building in the center of the capital; the Eritrean president raised his country’s flag locally. 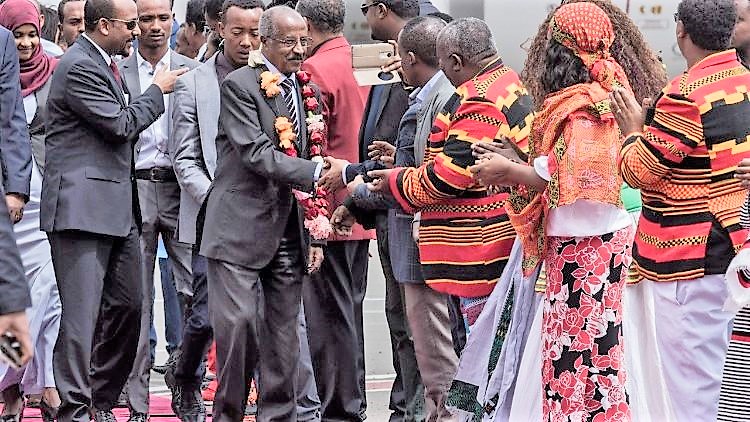 “Welcome home, President Isaias,” tweeted the speaker of the Ethiopian Prime Minister on the arrival of the guest, referring to the unity of both countries until 1991. Eritrea split off from Ethiopia in the early 1990s and declared it independent.

As Vatican News correspondent Paul Samasumo observed, emotional scenes took place in the Ethiopian capital on Monday: thousands of people lined the streets to welcome Eritrea’s President Afwerki enthusiastically. After many decades of bitter enmity a dialogue has been resumed and is already bearing fruit, many Ethiopians would never have thought possible, says our colleague Samasumo from Addis Ababa: “The hostilities were such that some would never have thought that there would ever be peace would give. Many people have told me so. “

Since July 14, the meeting of the Episcopal Conferences of East Africa (AMECEA) has taken place in the Ethiopian capital. Bearing in mind the political breakthrough in relations between Eritrea and Ethiopia, bishops from eight countries understand this year’s meeting as a springboard for dialogue and cooperation across the region. Giuseppe Franzelli, Bishop of Lira in Uganda, sees the “Peace and Friendship Treaty” as groundbreaking for all of East Africa. He said at the microphone of Vatican News: “This is really a sign of the times, which gives us high hopes – even for similar situations of hostility and tension, where such a step could still happen. We need to think about this as a church. “

Against this backdrop, the local churches are striving for peace work, interreligious dialogue and the development of a broad educational network. The Vatican encouraged the East African church leaders in Addis Ababa to become even more involved and more self-reliant: “The Church of the AMECEA region should renew its awareness that its future no longer depends on missionaries or development workers from other continents,” a prominent participant said.