Resilience in the survival strategy of Haftu in Lalibela. He discovers his creative abilities and uses them.

The now 23-year-old Haftu grew up in Lalibela in a very poor family. He writes that after completing compulsory school it was extremely difficult for him to find a regular job. He remembers that his whole life was made up of difficulties, disappointments and buried hopes. But he did not want to give up, especially after he started a small family. The light as well as the dark, he says, he has learned to accept and learn from it. 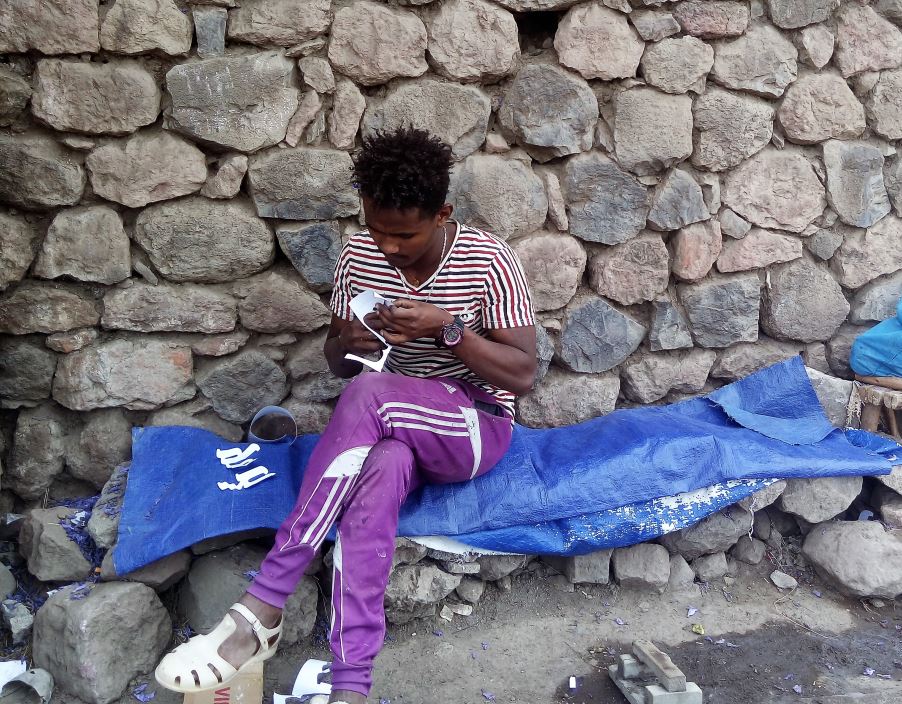 Actually, Haftu is in some ways the well-known profile of young graduates. Wake up, attentively and critically. As a child he followed the incredible boom in Lalibela: foreign and domestic investors build hotels through hotels that are sometimes never finished. New buildings and streets characterize the townscape. Traffic is increasing daily. Farmers from far away leave their fields, the plow, and the few cattle to the relatives of their family and move to seek employment in the district center. Since in remote villages, the school can be visited just up to the fourth grade, the “students” are required to move to Lalibela and there to fulfill the compulsory  education. There they look for a place to sleep in the smallest of spaces. Her school uniform camouflages her social status and her background.

Haftu is always on the lookout for undiscovered business niches and is following this development. The heavy traffic from the tricycle taxi, tuk-tuk, to various minibuses brings goods, tourists, materials of all kinds from other cities to Lalibela. On the sometimes fascinatingly decorated vehicles, Haftu discovers his creative abilities.

One year ago he described his idea in the office of PBF. A little later he set up a small table on a busy roadside, scissors, glue, colored foil and is clairaudient for the “interests” of his clientele. His stickers are in demand for advertising of all kinds! 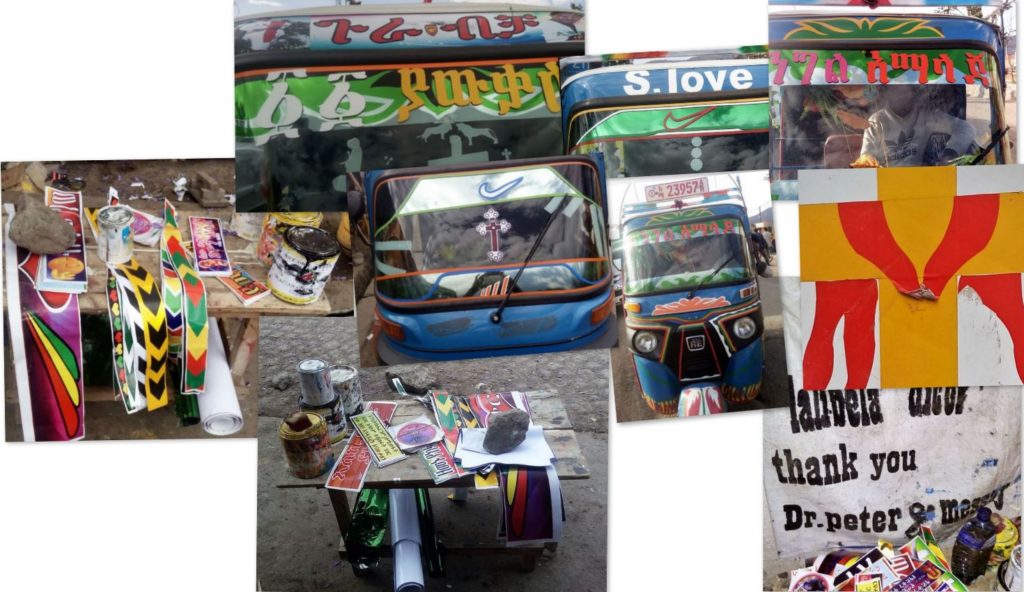 Today, he can provide for his small family from “hand to mouth”, his wife and young son. Even more relatives sometimes benefit from modest earnings. The municipal administration has now – after one year – a small sheet metal container in view. Peter and Ingrid were visitors from Switzerland in January this year. They and others before them have brought him work material. The demand for “decor” does not diminish. In his very own way, Haftu makes a colorful, often contemplative and moral contribution to the image of Lalibela, the “Holy City of Jerusalem” at the foot of the Asheton Mountains!
As would ask what Haftu has to do with the today often mentioned term from psychology resilience.

Reader contributions to the webmaster are welcome: Is it possible to recognize exemplary in the life of Haftu and PBF’s relationship work?