In Durame – disappointed expectations with a building block production machine

Durame lies in the lowlands of southern Ethiopia. The place can hardly be found on a map. Simple farmers have been farming the land in a very simple way for centuries. They belong to the people of Kambaata, one of the oldest clans in southern Ethiopia. They have preserved their own language and a number of local traditions, especially in the food culture, otherwise unknown in Ethiopia. The inhabitants showed us with great restraint the landmark of the area: Mount Ambarcho, where in the past sacrificial acts were performed. On that mountain lived her king and her god. Even after Christianization in the 19th century by Emperor Menelik II, a big pilgrimage to the mountain is still organized once a year.

Here the family of Abel Yonas Zacharias has its roots. As probably almost everywhere in Ethiopia “Yonas” is the name of the father and “Zacharias” was Abel’s grandfather. For years, Abel has been committed to his small town of Durame and his remote village of Doano. Here, with the help of the foundation, he built a new school building, the old one was about to collapse. The new one now has room for higher classes. With his father, who is experienced in agriculture and honey production, Abel brought new bee colonies to his area, startet planting flowers and growing crops  in particular. The farmers in the area learned to operate beekeeping in a modern way. Abel has other qualities, of particular note is his commitment to the poorest. His connections to Terfa Dinka in Addis Ababa and his commitment to street people in the megacity gave rise to great ideals. Abel was inspired by the successful projects of PBF in Lalibela and Addis Ababa. He works tirelessly for school education both at the elementary level and in the academic field. Abel and his brother Yossy owe their entire studies to our foundation. With great distinction they received the master’s title. Both are today lecturers in Welkite, where a university was built in recent years. Abel is now also the father of two small children. Jonathan, the older one, will soon visit the kindergarten “Abune (Pope) Francis”, founded in 2017.

building block production machine
In the last two years, Abel was engaged in starting up a  production of building blocks, as has been very successful in Lalibela. Different in Durame: The production machine is the same as in Lalibela, but the necessary electrical connections could not be provided by the city administration in order to operate the machine without problems, i.e. with regular performance. 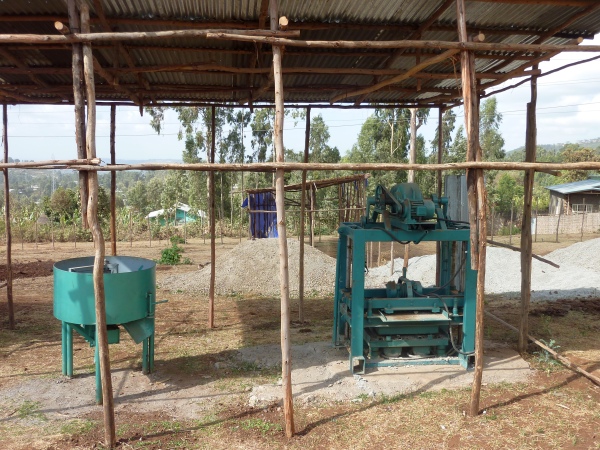 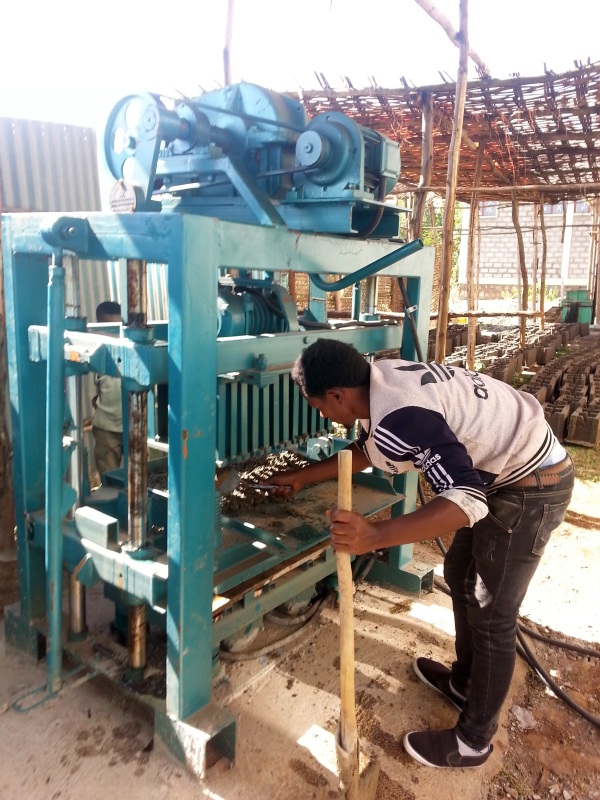 Abel has spared no effort, has changed the location several times, was advised by foreign experts … but the young people became increasingly disappointed. They had an interesting job, had prepared for it, and hoped for work and merit. They will not give up, but they need our help, writes Abel at night  last Saturday .

The past 2nd March was marked by farewell and a mood of letting go. That also needs to be learned and remains one of the most difficult life processes anywhere. A “Good Friday”, the machine was lifted on a truck with a crane, the only available in the area and drove to Addis Ababa for better use. 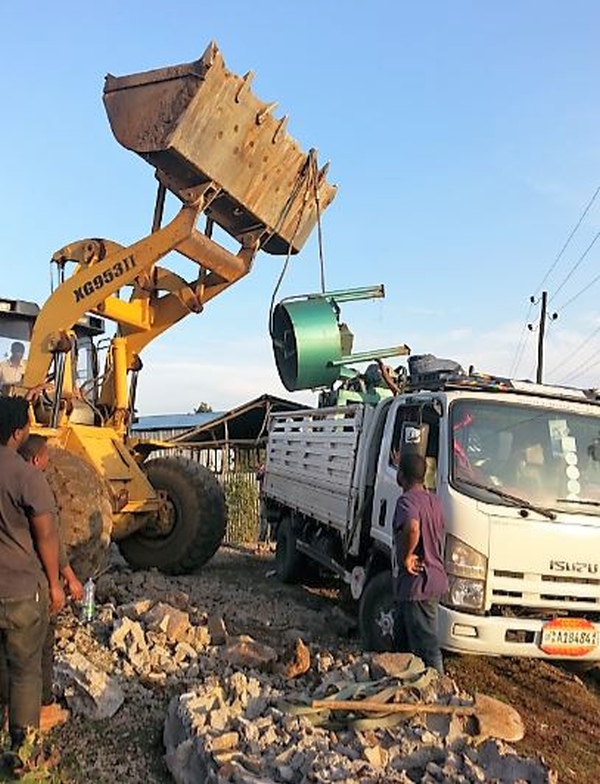 There Abel and Fisseha, the new project manager, signed a handover protocol. 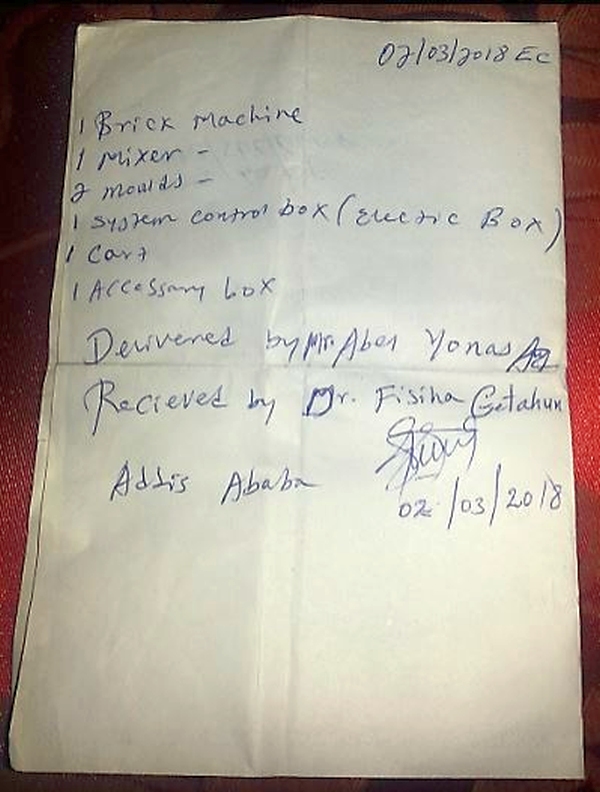 Considering the actual construction boom in Addis Ababa, the building block production will be of great help to finance our projects in this megacity – and the young unemployed people from our PBF have a chance to work hard there.
P. B.