Broadening of roads displaces people to the edge

Beatrice Gill talks about her encounter with Adugna.

Beatrice Gill from the canton of Berne has been closely involved with the establishment of the foundation for ten years. Together with Rosmarie Hersberger she was once again in Ethiopia in January / February 2018. Beatrice reports here from her meeting in Lalibela with Adugna, of which she was very impressed before. 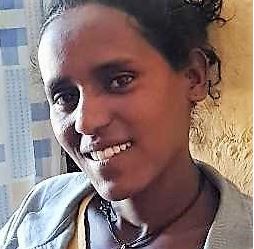 I have known Adugna for 10 years. She impressed me even then. Adugna is diligent, works a lot and finds a way out even in unfavorable situations.

She is compassionate and willing to put aside her own wishes in favor of family members. When I met her, she was working (cleaning) so her sister, who was so much smarter than herself, could go to school. Later she run a small shop, which also served as an apartment for both of them. Both girls could sleep in a confined space. Unfortunately, Adugna’s shop fell victim to the widening of the street. Adugna then bagged trifles for sale and followed festivals, and festivals, where she spread and sold the items on a cloth.

Unfortunately, her sister got married and could not finish school. Adugna now learned to follow her own path and she graduated.

Meanwhile, Adugna is married and has a four year old girl. Her husband has run a small café with a group. Unfortunately, this café too has fallen victim to the extension of the road. The community admitted the group somewhere again. But this is outside of Lalibela, where now the customers are missing ….

Adugna does again some cleaning work. She had to interrupt her office education, because now her sick father lives with them. He suffered a stroke a good year or so ago and has since been paralyzed on one side. He needs daily medication that exceeds the budget of the small family. 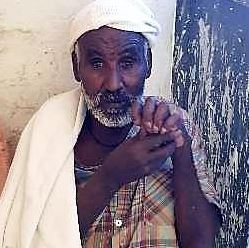 Here, the foundation comes to the rescue and takes the father in their program for the very needy and sick. So Adugna has a chance to continue her apprenticeship and thus find a better paid job in the future.