Short report of a visit to Kenya

As a trustee of PBF in Ethiopia, I was sent to Kenya to visit and assess the projects of PBF and to share experience. So, during my fourteen days stay in Kenya from November 24 to December 07, 2017, I have been visiting various projects of PBF in Nairobi and other villages.

Mathare, is one of the largest slums in the world. Though located in the heart of Nairobi, Mathare is a totally forgotten slum. That is a place where people are living in a very congested way, most in metal sheet houses, no clean water to drink, noisy and dirty environment….

But all those kind of sufferings doesn’t stop the people to build a strong social life among them. They are the people who respect and support each other; everyone tries to survive by any means and the place is always active with street markets.

So, understanding the hardships of the people in that slum, PBF has been trying to contribute its share for the development of that community. 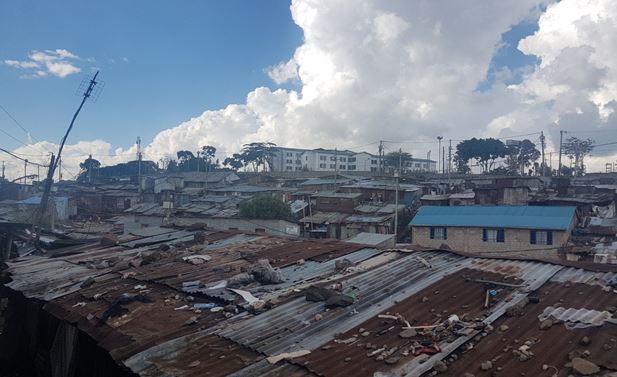 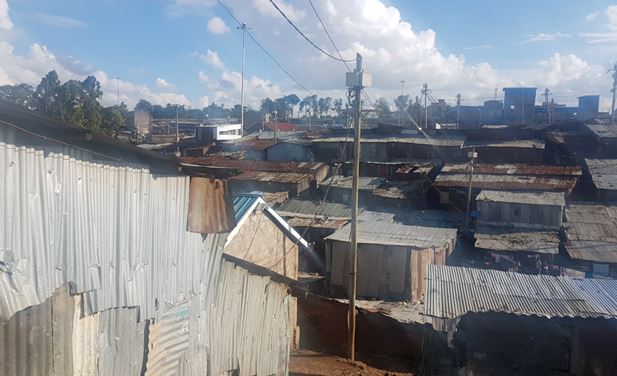 School
As there are no many public schools in that slum, it is always difficult for the kids to go for education. But there are very few private and charity rehabilitation schools. One of the “schools” is called ‘Page Vision’ (I am calling it school because I can’t find a suitable word for that). This Page Vision is a very old house from metal sheet walls and roof. It is a two story house but the ground floor is a living house for other families. So, the school is in the upper floor which has a simple and old wood floor which is very exposed to fire. So, the kids are even risking their life to get education.

The other problem is; provided that they have a ‘school’, most of the kids can’t get meal from their house as their families are very poor. So the families may offer their kids with food only once or twice a day. So, it is difficult for the kids to attend their class properly without food. In this case, they prefer to remain at home or hanging around to find food.

So, taking the above problems into consideration, the PBF has been supporting the school with books so that students will not be forced to buy books.

Apart from this, PBF started a feeding program to those students in some selected days of the week; so the kids will love to come to school and it really helps them to attend their class very well. There are a lot of improvements on the numbers of the students since this feeding program was started. 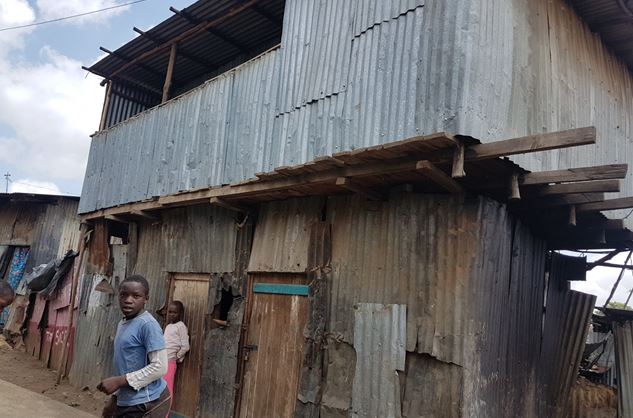 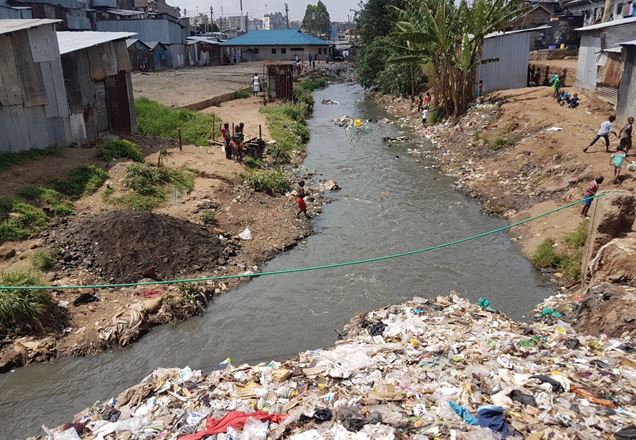 Nearby river from where the students use to wash their cloth

Reusable Sanitary Pads
This is also a very critical problem of the girls in that slum because it is difficult for them to buy sanitary pads from shops as it is expensive. So, PBF started offering the Reusable sanitary Pads to those girls to keep their hygiene. When the girls are during that natural call, they afraid to go to school because they don’t have the pads to use. So, the reusable sanitary pads are helping them a lot to keep their hygiene and to build their psychology.

Sport Activities
Most of the kids in Mathare have neither the access for education nor the opportunity to work. The majority of the people lead their life by working labor work far from Mathare or by selling fish, vegetables and other house use stuffs with in Mathare. So, this economic constraints and difficulties have a lot of negative impacts on the society. For instance, there are many youngsters hanging around in the village and committing crimes like robbing people to get money for their living.

So, PBF is now trying to integrate the kids and the youngsters in sport activities especially in football. And most of PBF’s commitments in Mathare are related with sport activities. PBF believes by doing this, we can shape the behavior of these youngsters for good. The PBF has few boys and girls football clubs. These clubs has been supported by offering them basic trainings, giving them Jerseys every time and following up their progress.

Especially, the girls’ team is a very promising team and they are computing for a champion. Those kids have got the good opportunity to spend their time on the pitch and to stay distant from the other bad habits. 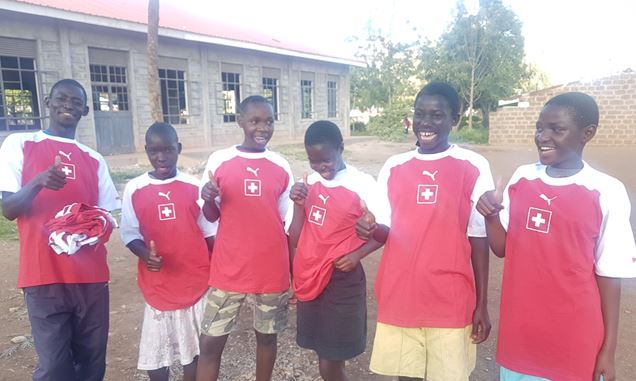 Some of the girls team after given Jerseys

Mbuye is a small village in Central Nianza province about 500Kms from Nairobi. This is a village which shares some part of the Victoria Lake. PBF has few projects in this surrounding.

Bricks Machine Project
The PBF has two bricks machines (one in Mbuye and one in Nango, 15Kms from Mbuye). These machines were bought with the intention of creating jobs for the youth and to introduce effective and low cost housing around the area; this is helpful to stop the illegal cutting of trees and it can also save money, time and energy of the people to build a house.

PBF built two sample houses using the bricks aiming at introducing the usefulness of the machines to the people around.

Suggestions:
Apart from the sample houses, there are around 6,000 already produced bricks in stock. I can say the sample houses are still empty and they also need some finishing works. The two houses are built in different corners of the village. And they have still large parcels of free land.

So, rather than leaving the houses empty, I suggest (if it is possible for PBF) to build some more rooms (by the already produced bricks) as extensions of the two houses; so the rooms will be rented and the money we get from this rental will cover living expenses and education of other people. And I think it is by doing this that we can introduce the importance of the machines. People will start appreciating the value of those bricks and it will be then easier to commercialize the bricks.

If we don’t look for this kind of options, the people might not appreciate and interested to buy the bricks and then the machines will continue to be idle. 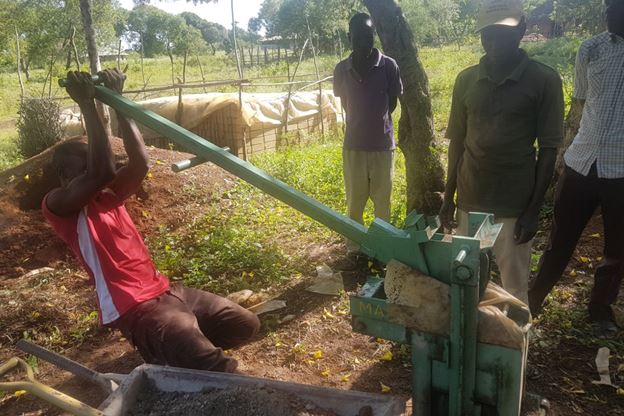 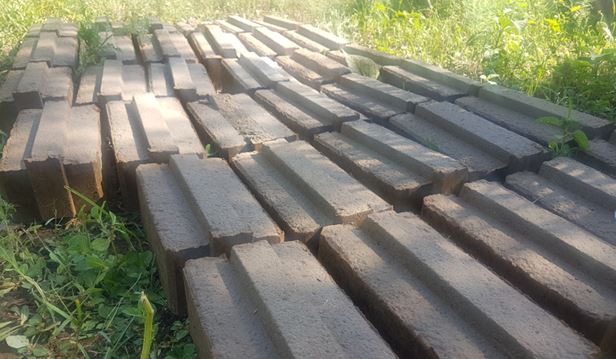 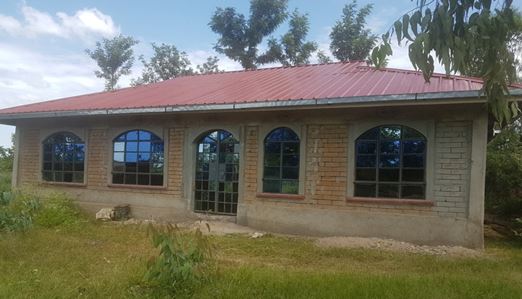 Farming
There are mainly two farming projects (one owned by two people and the other by three people). Those people mainly produce Maize at large quantity, Tomatoes and Sweet potatoes.

But as the rain season lasts only for a short period, they can only harvest ones in year and they are not producing in consistency. But Lake Victoria is just a few hundred meters away from the farms. So, these people needs only a water pump and pipes to access the water from the lake.

They already have a water pump (bought by Dan) but this water pump requires fuel to operate. So, if PBF can support them with fuel regularly and water pipes to access the water from the lake, they will produce at least three times a year and they will be much profitable. The pipes might not be much expensive as it is not more than 200 meters. 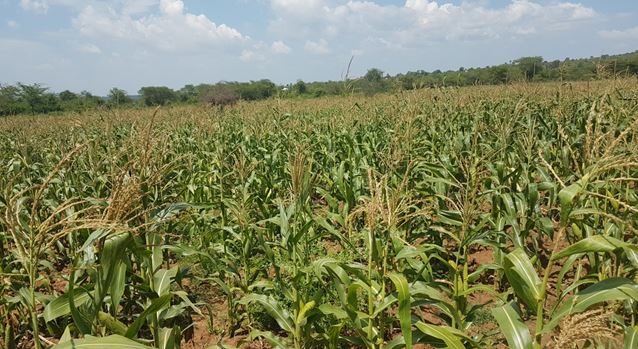 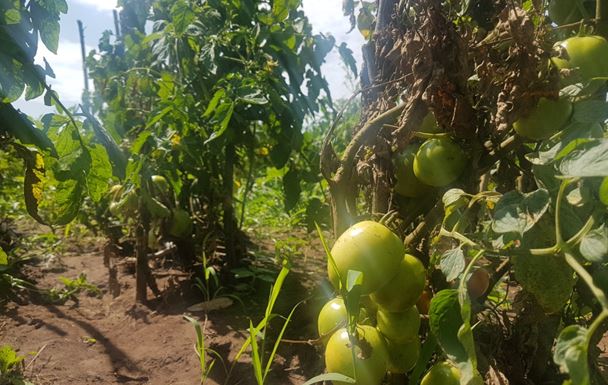 In addition to visiting the above projects, I had also the opportunity to visit other more farming projects (running by Dan’s families), two water bore holes (which are providing water for the people around), and Honey hives in Dan’s place.  I also met another promising football team in the village. This team gets Jerseys every time from PBF. 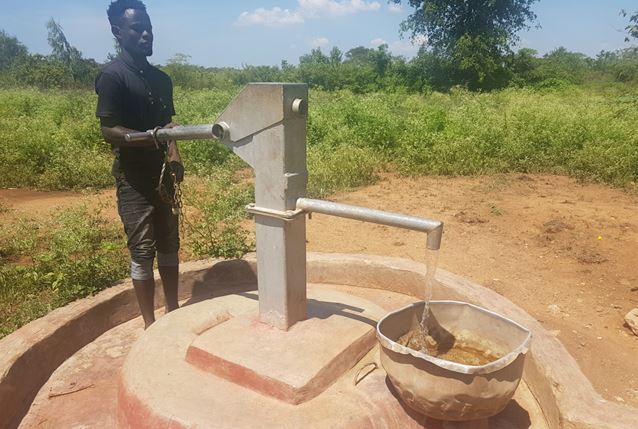 One of the bore holes 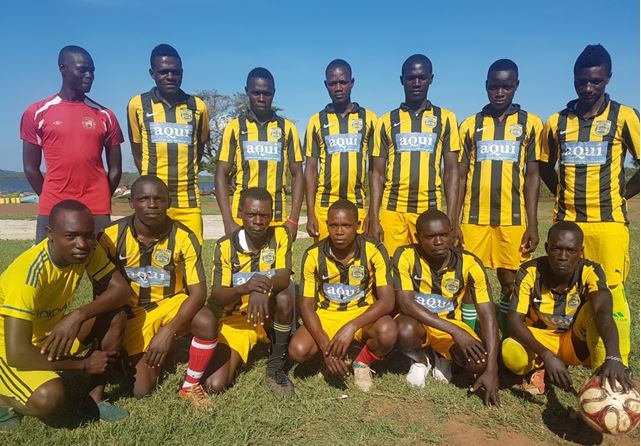 The team at the village (after getting Jerseys)

I also saw the project in Mathare where Dan started working, and the school where Sony used to work….

I had a very wonderful time in Kenya and I got to understand how PBF is really committed in Africa. George and all his families and friends gave me a warm welcoming and I have been treated in a very good hospitality. This makes me feel happy to work with other people under PBF.

And I appreciate PBF’s help to make me see and share experience in a different way.