Award Winner Fisseha Getahun and the role of PBF in the Leprosy affected Community Integration Project in Addis Ababa: Ethiopia.

“He had a dream for the most vulnerable Leprosy affected community; he wanted it and he is all the way through to achieve it and the unwavering support of PBF remains on his side”

PBF congratulates Fisseha for his achievement as the winner of this year’s prestigious award he received from the Future Generations University on the Davies’ Projects on Peace!

Fisseha is one of the most intelligent PBF family member in Ethiopia who is currently serving as the Program Coordinator for Child of Present a Man of Tomorrow (CPMT) which is a charity organization focusing on marginalized and vulnerable community.  He is also contributing to the works of the PBF as trustee in Addis Abeba. Apart from this he has attended his Masters from Future Generations University, USA, West Verginia in MA in Applied Community Change. He had  worked  for more than 4 years in Addis Ababa Leprosy Victims Rehabilitation Association (ALVRA) as the General Manager. 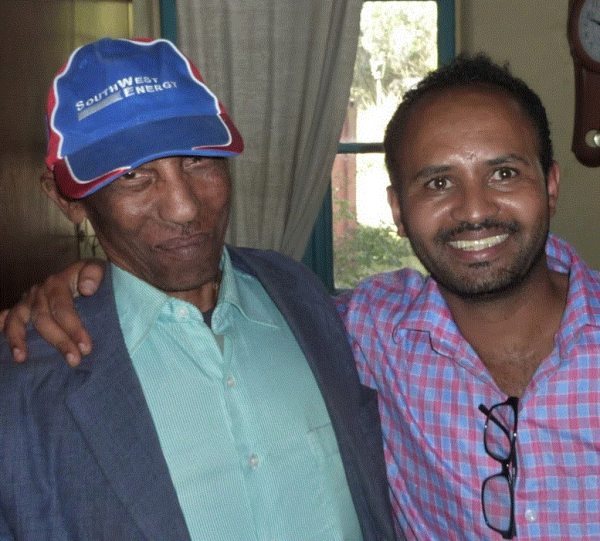 Fisseha met Dr. Peter Bachmann during his country visit to Ethiopia five years ago via a friend. It was at this juncture that Fisseha introduced his ambitious dream of working for the Leprosy affected community and the social outcome of his project in maintaining peace, harmony and integration of these people with the rest of the community.

Five years since then, Fisseha and PBF have achieved plenty of successes in putting into practice, of different steppingstone activities towards the realisation of the ultimate goal of contributing for the development of peace and integration between leprosy affected and surrounding communities in target area of Addis Ababa. For this end, PBF has been investing and contributing material and financial supports, not only for the implementation of the project, but also for the personal and professional development of Fisseha as an individual in his endeavor to become a more skillful and knowledgeable person for this huge responsibility. In this regard, PBF has paid the partial tuition fee, down payments, and travel costs for Fisseha’s Master study in Applied Community Change at the Graduate School of Future Generations University in USA, Franklin, West Virginia.  He had also a chance to attend a short term training on a Term I residential course in India.

In Ethiopia people affected by leprosy face many social and economic problems. Individuals experiencing disabilities due to leprosy are more vulnerable to endless stigma and discrimination than any others disability cases in society. Even after they have been cured, they are unable to lead ordinary lives due to the consequences of lingering complications. As the result of wide misconceptions about leprosy, many affected individuals have to leave their birth place and are forced to live in segregated groups known as leprosy colonies. In Addis Ababa, the capital of Ethiopia, they are deliberately pushed out of the city and made to settle in a solid waste dumping site without infrastructure and poor social services.

Those living in the leprosy colony are often perceived as less than human. Their livelihood depends on begging and collecting food from the waste dumping site, and they are marginalized and banned from entering adjacent non leprosy affected communities.  Their family members have limited social interaction with other community groups like marriage, social institutions, working and playing together. Due to the high burden of discrimination, there is always group conflict between leprosy affected and non-affected communities.

The main goal of the project is, therefore, to contribute for the development of peace and integration between leprosy affected and surrounding communities by creating a peaceful social integration among the entire society including the most marginalized leprosy affected people. 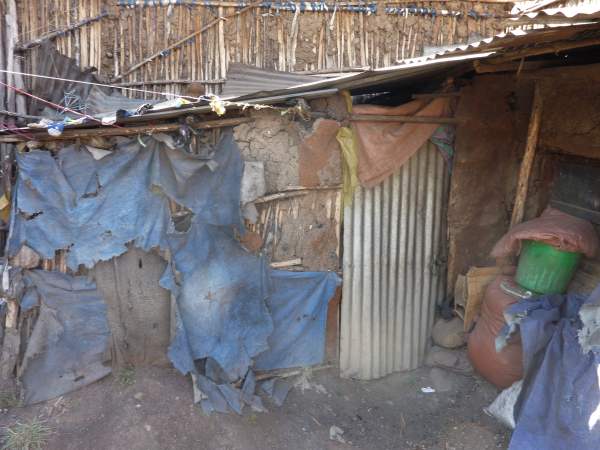 Ten years ago, philanthropist Kathryn W. Davis initiated the Davis Projects for Peace, inviting college/university students to design grassroots projects which promote peace. Kathryn Davis passed away in 2013 at the age of 106, but her legacy continues through these peace prizes. One hundred institutions of higher education are invited to participate, Future Generations University being one of these. Each school is guaranteed one grant of $10,000 to give to a student who will implement a peace -building project during the summer of 2017; among the 100 institutions, ten runners-up will also be chosen to receive a grant of $10,000 each.

It is then this prestigious award that Fisseha has managed to win during this year’s competition. This clearly authenticates his reliable work and it is an official acknowledgement of the miraculous achievement that he has been unstintingly devoted for the needy leprosy affected people in the community.

We, the PBF are very proud and pleased to be part of this success and we congratulate Fisseha for such a wonderful triumph.  We believe that this is not the end, rather just the beginning of his victory and we highly encourage him to keep on dreaming and work hard for the best to come to the benefit of these highly marginalised sections of the society.