‘Bat Taekwondo Club’ was established in 2009 having only 21 members with the aim of enduring and emphasizing both physical and mental development of people at all ages. The club currently has 180 members of all ages taking training with one instructor/General Manager who has a Bachelor degree and two degree black belts in Taekwondo Martial Art. 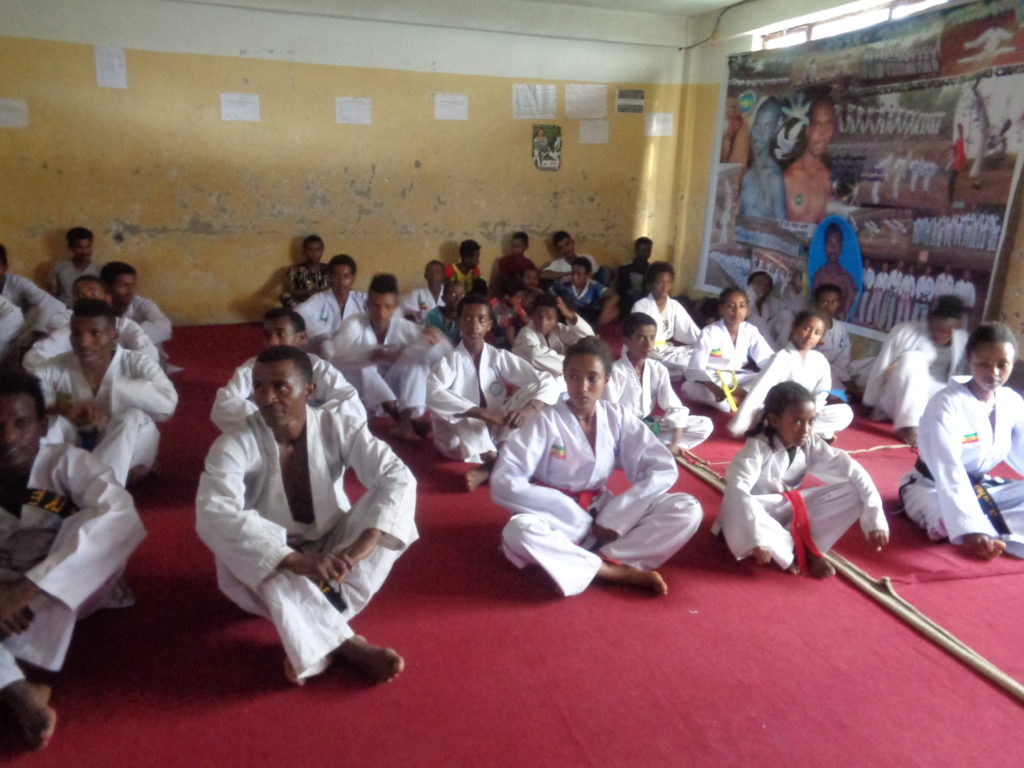 In 2012, 50 students graduated and granted their certificate in complying with the International Taekwondo Federation rules and regulations,

In 2013, 60 students are certified. And in the same year, the club participated in a national tournament held at Bahir Dar and won two silvers, and two bronze medals in both genders,

Benefits of the Club for the community;

One of the central tenets of the club is an absolute focus on self-discipline. Kids who don’t always thrive in highly social environments find it easier to get to know people and make new friends and boost their socialization skill,

The club is contributing its share by preventing the adults from going to hassle tourists, drinking alcohols and chewing chat which is a great problem in the town: so that it is a better recreational center for many youth to shape their life,

It is a center where many diabetic and high blood pressure patients and aged people prefer to spend their time once a day so that they get enduring both their physical and mental strength,

It is being a center to where many parents send their child to be shaped for better so that he/she can gain life skills and decides their future social interactions in some way and enables them to freely attend their class.

And moreover, the club is about community- people rarely train by themselves, most gather in the club to train together. And this training together is not just physical interaction, but also teaches you about perseverance and trust, 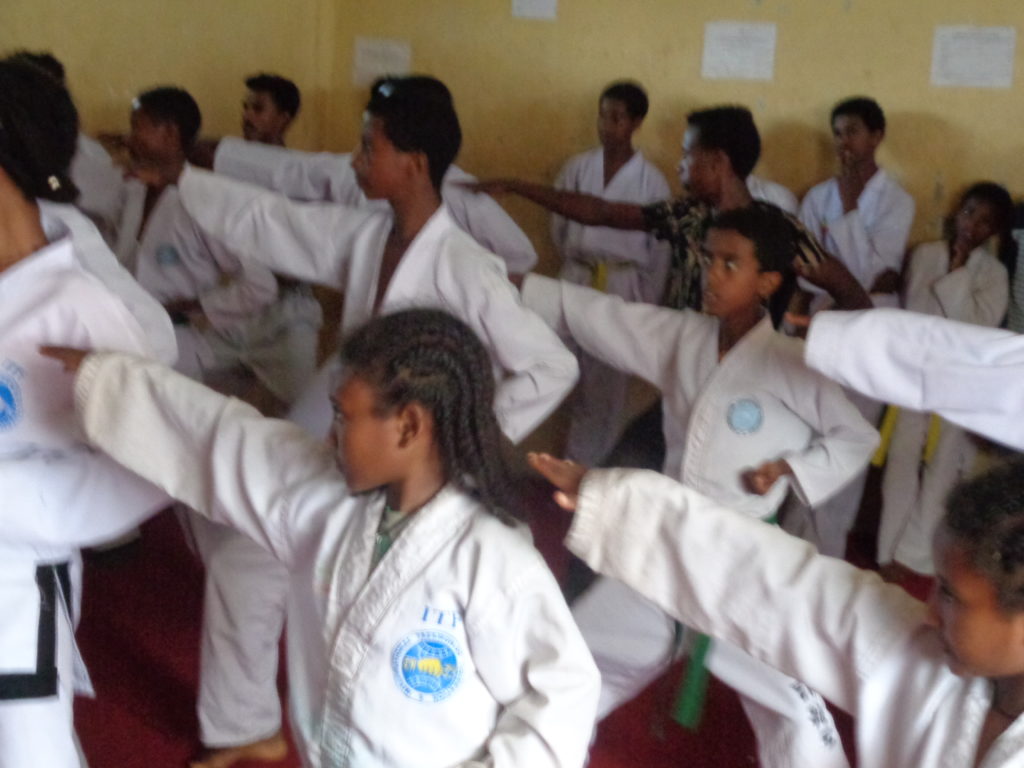 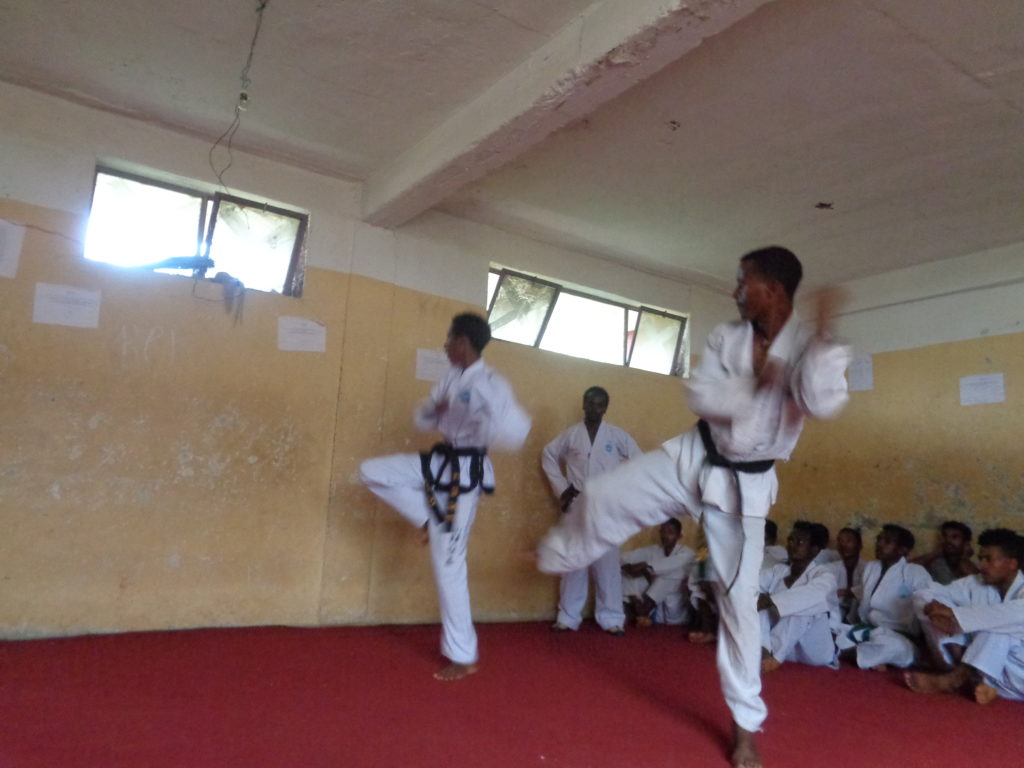 Difficulties of the Club and Reasons for Support;

As the club has lack of some of the basic training stuff, comfortable and safe platform and shower, some people are afraid of going there and prevent the club from getting more customers.

Looking at the Club’s community based benefits and the trainers’ commitment, the City Administration has given them a plot of land where they could build their own shade in such a convenient way so that the club can train as many as people. It has been about 3 years since they have been granted the land but they didn’t still build the hall as their financial situation doesn’t allow them. (The club charges only 50 birr per a month for a single customer to take all types of training). 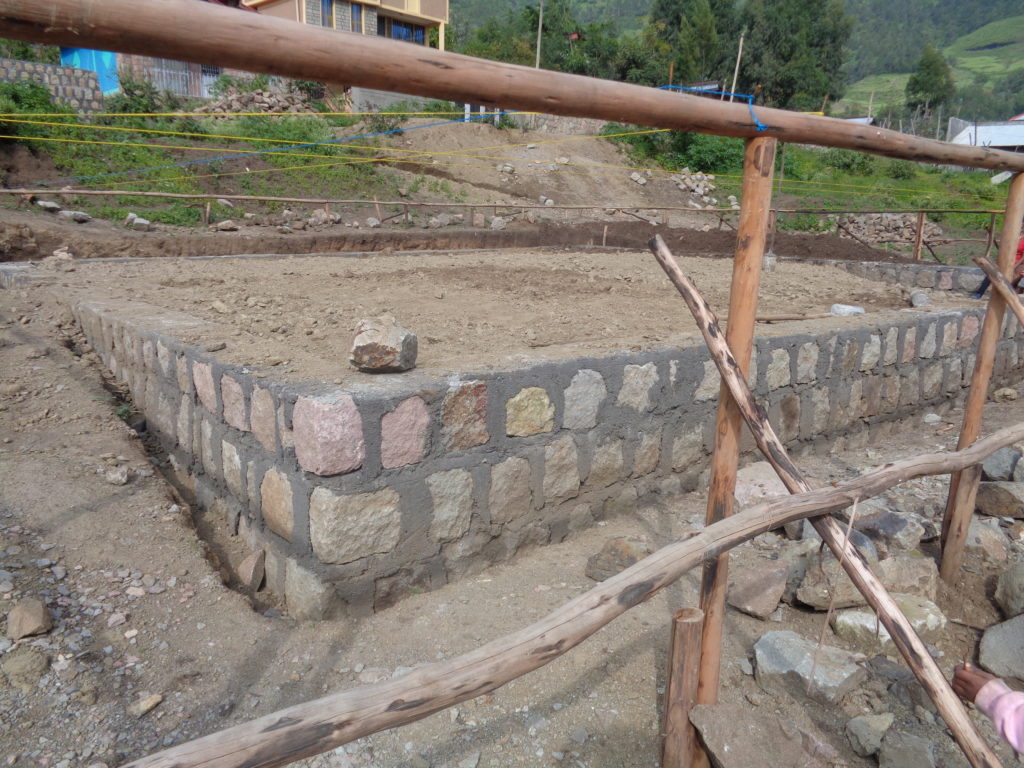 In this regard, the City Administration is pushing the club to start building the hall unless they have been notified that the land will be given any other potential investor. That is the reason PBF is curious to support the club and to sustain its community shaping services.