Background:
Injera as a Brand Food for Ethiopians:
Enjera is a matchless, inimitable, and very popular food having a kind of spongy, sour and flatbread type. For Ethiopians and also Eritreans, it is a kind of meal that gives immeasurable satisfaction not only to the hungered body but also to their inner contentment. It is made with a locally harvested grain called Teff, a tiny and round grain that flourishes in the highlands of Ethiopia. Teff is a very nutritious crop containing calcium, iron, magnesium, potassium, sodium and other contents.

The flour of this grain is, therefore, the main ingredient for baking Enjera, albeit possibilities to mix it with some amount of sorghum and barley. A short period (usually a day or more) of fermentation gives Injera an airy, bubbly texture, and also slightly sour test. As it can be evidenced how it is served, Enjera is not only a bread to eat, it serves also as eating utensil as its spongy nature and flatness helps to scoop up meat and vegetable stews. When it lines the tray on which the stews are served, it soaks up their juices as the meal progresses.
Who bakes Injera? The reason why this project is needed
Normally, Injera is baked in everybody’s house. It is one of the hardest works that a woman does every day. It is mostly for this purpose that girls, widows, and old mothers have to walk long distances to the forest and collect some firewood as electricity or fuel or gas consuming oven, stove and other kitchen appliances are barely accessible or affordable. These days, it is becoming very hard to collect firewood in nearby areas as almost every land close to towns is deforested. Those who still strive to provide daily bread for their family would never give up, and it is not uncommon to see a heroic mother carrying firewood on her back and bracing her child baby with her hands – sometimes exposing herself to rape, sexual harassment and abuse.

As of a recent experience, the baking of Enjera seems to show a slight shift from that of an ordinary work of every woman in the family to that of being a business that can be consumed in the market by suppliers, like that of a typical bread. This recent trend of buying Injera for consumption at home has become the most advantageous transaction both for the supplier and consumers. 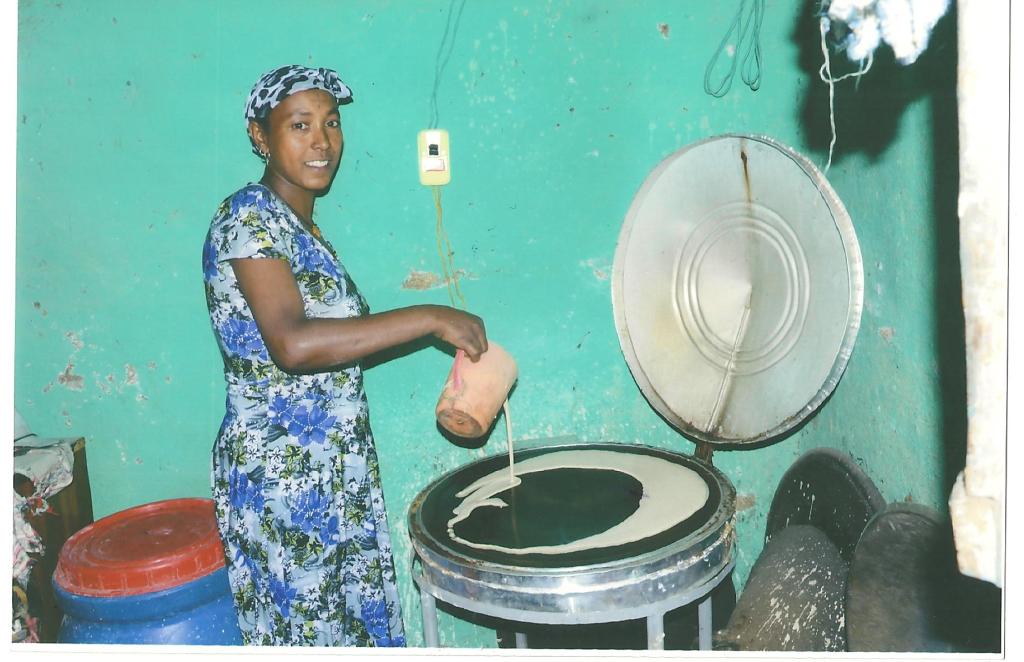 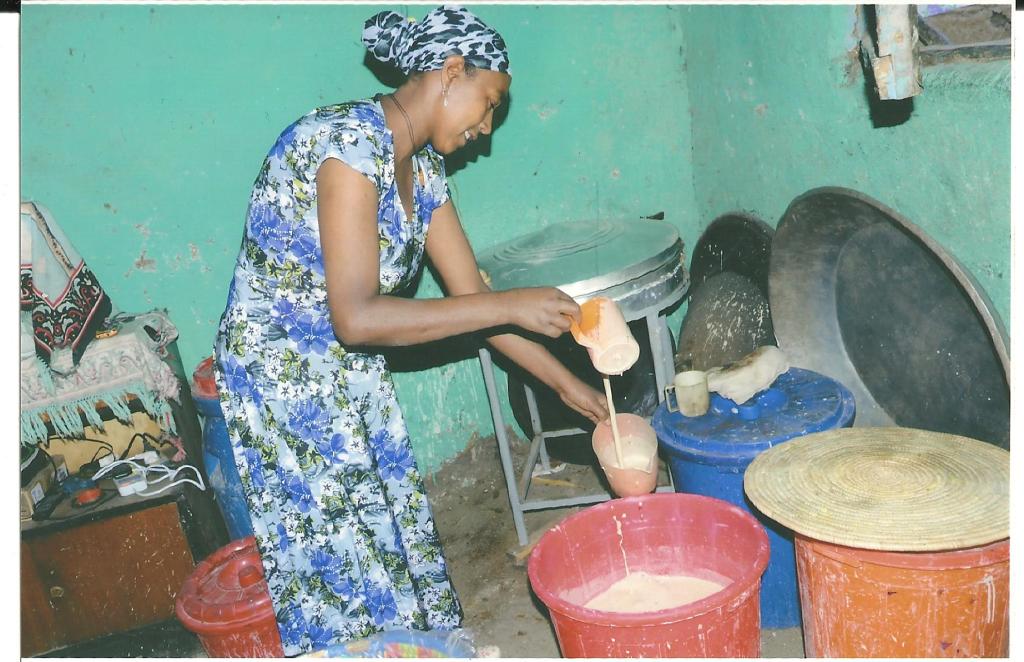 On the consumer side, on one hand, it is a relief to avoid all the hard works that one has to go through in order to bake Injera. On the other hand, it is economical as it is cheaper than the cost one has to incur to get the lunch or dinner service in the hotel or restaurant. Most young employees, with less salary, who are not living with their parents and who are yet to form a family of their own, are primary customers of this service. On the supplier side, it is easier, profitable as a business, and more convenient to install the baking appliances that minimise the labour and unsafe conditions. This business is attracting mostly widows in the thirties who know all the needed composition and procedure to bake. Interestingly, it doesn’t require any formal educational skill or expertise so that their illiteracy is not hindrance. Moreover, compared with any other business that these people may involve in, baking Injera can be done with less capital. Accordingly, women, most of them widows are increasingly benefiting from such self-help minor business. If no any financial gain is to be generated as a profit, at least, they can feed their children without incurring extra cost.

It is then with this critical analysis that PBF has found it credible to provide the basic financial and material support to women and widows who are left out of any other option to maintain their children as the only responsible parent.